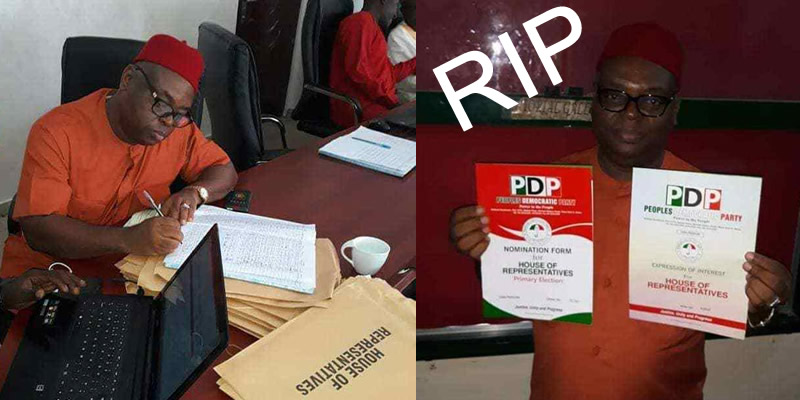 The late Hon. Egbulefu, before his sudden death on Monday, had last week picked nomination forms of the PDP in Abuja to contest for Aba North/Aba South Federal Constituency seat in the 2019 general elections.

The real cause of his death could not be ascertained as at press time, but a close associate of the late politician, who gave his name as Nwogwugwu, told newsmen on Tuesday morning that the deceased passed away shortly after a meeting with his supporters in Abia Hotel on Monday.

He said, “Yes, Chief Egwuatu Egbulefu died on Monday afternoon after a meeting he convened at Abia hotel in Abia. He died around 2pm yesterday.”