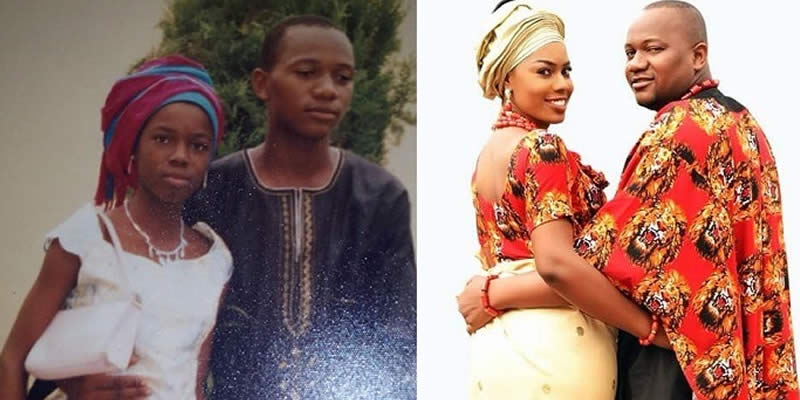 School father marries his school daughter, years after they met in secondary school

A couple who met in secondary school got married over the weekend, more than a decade after they first met, and theirs seem to be an interesting and unique love story.

The groom, Udeh Vincent Chukwunonso, revealed that he met his bride in secondary school when her elder sister handed her over to him, asking him to be her school father and watch over her. He fulfilled the promise he made to watch over his school daughter until he graduated.

They remained friends after they graduated and got married on Saturday, September 1, 2018.

READ: Lady donates kidney to a stranger after seeing his wife’s plea on Facebook

Sharing photos of them as kids in secondary school and as adults getting married, the groom wrote :

A journey of a thousand miles begins with a step. We started as innocent friends, school father and daughter. Today, we stand as man and wife in what seem like a script written by God & foretold by the prophets. I am eternally grateful to Adanna Immaculate Osahon who requested that I watch over her younger sister in school. I have fulfilled my promise and will do so forever. 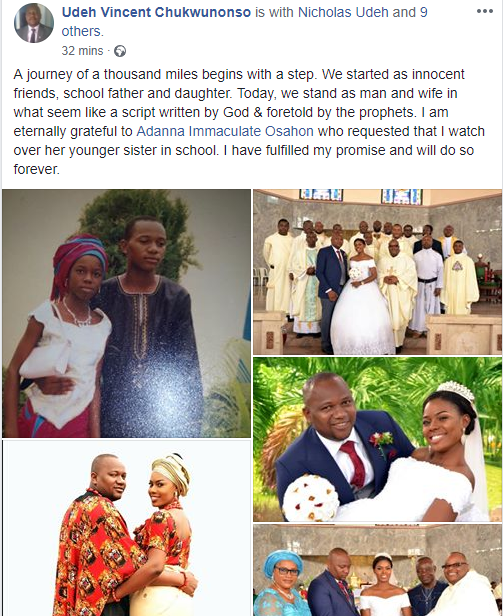