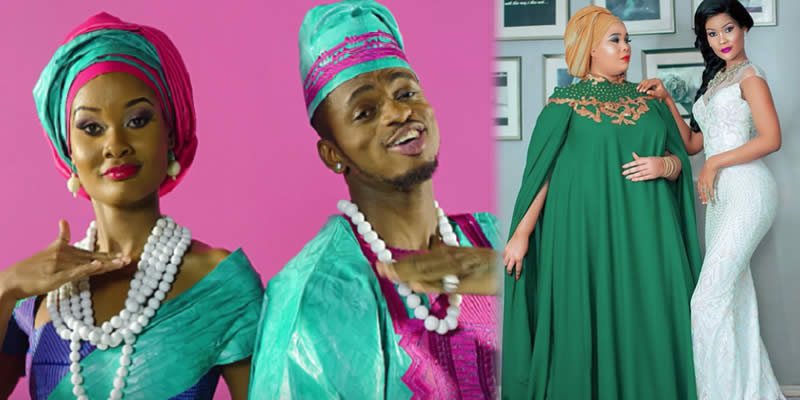 Diamond Platnumz slams his babymama, Hamisa, after voice note of her allegedly planning with a witch doctor to bewitch him and his mother leaks (video)

Tanzanian singer Diamond Platnumz has accused his baby mama Hamisa of trying to bewitch him and his mother after a voice note of a conversation between a woman who sounds like Hamisa and a native doctor leaked.

Diamond’s mother, Mama Dangote, has accused Hamisa Mobetto and her mother Shufaa Lutigunga of using love potions to try and lure Diamond Platnumz into their trap. According to Mama Dangote, the duo visited a witchdoctor for the sole purpose of displacing Diamond’s first baby mama Zari Hassan and turning the musician’s heart and love towards Hamisa.

In a voice note that has gone viral online, a voice similar to that of Hamisa can be heard talking to an unidentified witchdoctor. The voice asked the witch doctor to make Diamond’s mother like her like before. She also said she was tired of Diamond hiding her and showing off his other lovers.

Diamond is a dead beat dad, but I really don’t need his support,…

Diamond and his mother believe Hamisa was attempting to force the musician into a marriage he did not want. Diamond’s mother, Mama Dangote believes Hamisa wants Diamond to stop caring about Zari’s kids and fully focus on her.

Some days back, rumor was going round that Diamond’s mother Mama Dangote and his sister Esma Platnumz held an audition to find a lady who could imitate Hamisa and her mother’s voice so they could frame her for using juju on Diamond.

Diamond claims that he identified the voice and confronted Hamisa about it.

Swipe through the videos below to watch the alleged conversation between Hamisa and the witch doctor and also Diamond’s interview slamming Hamisa for engaging in witchcraft.

Teamates here is the translated audio of #hamisamobetto discussing with the witch doctor. Some people claim she is not the one while #diamondplatnumz himself confirmed it. What do Seen think teammates? She is the one who one or not? See previous post and previous Tag a friend who loves tea.