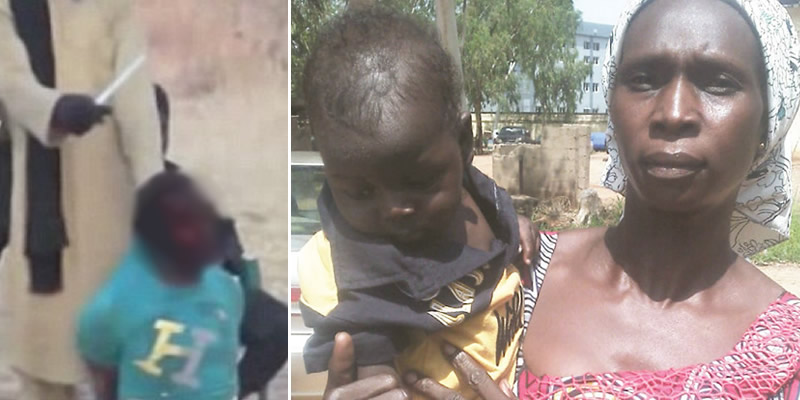 The PDP Chieftain was reportedly killed in the presence of his wife, Dorcas, in his farm on August 29, 2018. The widow of the slain PDP chieftain is, however, accusing the police of shielding the killers of her husband.

Speaking in an interview with our correspondent at the State Criminal Investigation Department where she had gone to lodge her complaint on Tuesday, Dorcas told Northern City News that only justice for her slain husband would bring her peace.

She said she was holding her four-month old son and watched helplessly as the assailants hacked her husband to death.

“His attackers led by our Fulani neighbours repeatedly stabbed him on the back and on his stomach before beheading my husband in our farm and made away with his head,” she said.

Claiming to have made some arrests, the police had invited the widow of the slain ward chairman and three other female witnesses to the state Criminal Investigation Department for their statements.

It was at the CID that the families of the deceased were alerted to the whereabouts of the suspected killers.

The bereaved families, it was learnt, discovered that some of the suspects arrested in connection with the killing were receiving medical attention at an undisclosed hospital.

Dorcas said she could identify her husband’s killers, insisting that the police were shielding them from answering for their crime.

“The police under the guise of allowing the suspects to seek medical attention are shielding those that killed my husband. The only thing I want is justice,” she stated.

A PDP youth leader in Bare ward, Tekas Adiel, explained that the police earlier claimed that the Fulanis who perpetrated the killings had fled the community, insisting that the same assailants carried out another attack on Tuesday.

But the Police Public Relations officer in the state, Musa Habibu, insisted that some of the alleged perpetrators of the crime were in custody, adding that investigation into the incident was ongoing.

He added, “Some arrests have been made and those arrested are in police custody. I have had consultations with the assistant commissioner of police handling the issue who said arrest had been made.”

“But if they said one of those arrested is receiving medical attention, a suspect has a right to medication if he’s truly sick, it could be but I don’t have that information,” Habibu said.