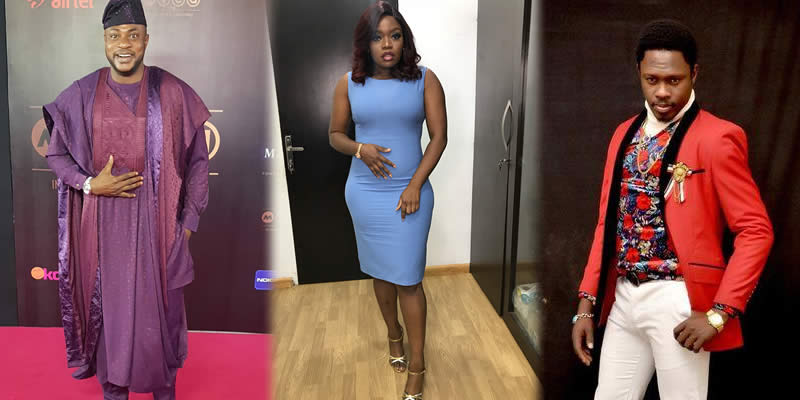 The Africa Magic Viewers Choice Awards has come and gone but those who went home with plagues are still basking in the excitement of having the awards on their shelves.

Beaming with smile, popular actor, Ali Nuhu, said, “I won best indigenous movie/TV series Hausa with the movie ‘Mansoor’, which is basically about children that are born out of wedlock. It portrays the way they are treated and the movie also goes to show that these children are not to be blamed for whatever happens in the marriage because they are just victims.

“I am so happy that I have this award and I think Africa Magic is doing very well by encouraging indigenous filmmakers but I still want to plead that Kannywood should be included in all categories like the technical category. It should be in contention because you get to see some very good movies but they restrict them to just indigenous category, which I don’t think is fair.”

Former Big Brother Naija contestant, Bisola Aiyeola, who not only went home with a plaque but also a car, dedicated her award to her recently deceased baby daddy.

She said, “I won the trailblazer award for the AMVCAs 2018 and I am so excited about this award. I’ve been on a journey. I started out in the entertainment industry in 2006 and in 2008; I was on MTN Project Fame West Africa. I have been acting prior to my Big Brother experience and now we are here after Big Brother in 2017, so I wouldn’t say Big Brother gave me all of the mileage I’m getting now.

“I’m stressing it because a lot of people might think I woke up one day and just went for an audition. I’d auditioned for over eight years before I finally made it into Big Brother Naija house. And at the time, it was Big Brother Africa that I was auditioning for, so it’s been a journey, but I didn’t give up.  I’m dedicating this award to him and everybody in my life.”

Ace actor, Odunlade Adekola, said the award reflected a lot about his career. He said, “I won best actor in a movie comedy and this speaks a lot about my career; it’s not a very easy task to make people laugh and also have a great time. Sincerely, I feel very good.”