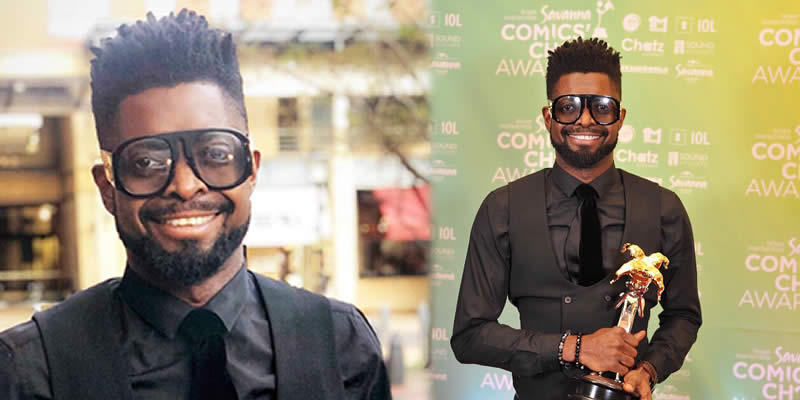 Nigerian comedian Bright Okopocha better addressed by his stage name Basketmouth has once again bagged the Pan-African Comic of the year award.

Basketmouth was nominated alongside other talented comedians like Carl Joshua Ncube (Zimbabwe), Kansiime Anne Entertainer (Uganda), Salvado (Uganda) and Charles Manase (Botswana), all of whom were flown to South Africa and hosted by Savanna and the awards teams.

This makes it the second consecutive time the comedian will bag the award after he became the first-ever recipient of the Savanna Pan-African Comic of the Year Award in 2017. Basketmouth, elated at his recognition, wrote on Instagram: “Thank you @comicschoice @savannacider for this….I truly appreciate you guys, and to all my peeps that voted for me. You guys rock. #SavannaCCA #Back2Back.”

In another post, Basketmouth shared more photos from the event which was attended by Comedians from all over Africa who graced the award show which was the eighth edition of the annual celebration done to honour comedians.

AKA, South Africans celebrate as organizers cancel Burna Boy’s concert in the…

“We will protect you” – Political leader, Julius Malema assures…