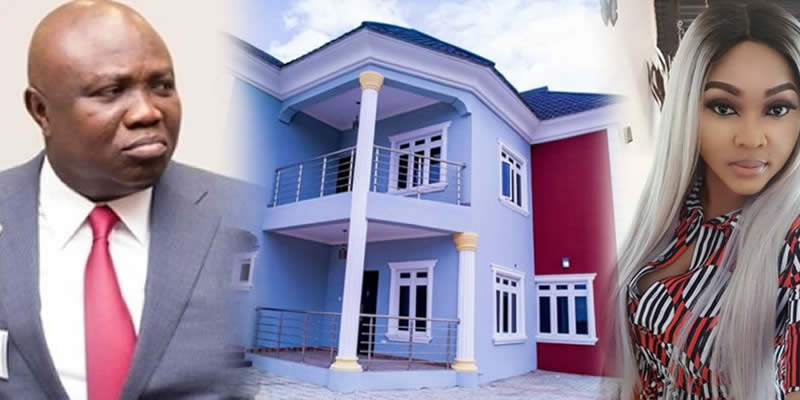 Few months ago, Nollywood actress Mercy Aigbe was in the news after sharing news of her mansion which SDK report now points to Governor Ambode of Lagos as the buyer.

Though there was no direct allegation, however read the report below;

See how Nigerian celebrities lightened up Instagram with dazzling…

Ahan! So Ambode bought houses for Mercy Aigbe & Toke Makinwa? It better not be true!

If that Ambode & Toke story is true ehn, that’s fucked up! U’ll be doing runs & be preaching hardwork & independence to young girls. They’ll now be hustling hard & not be making anything close to what u claim to make & dey’ll be wondering if dey r doing it wrong.

Did Ambode really buy that house for Mercy Aigbe

It’s true, and Mercy Aigbe too. Most of them are into runs. Iyabo Ojo is a great hooker

The beating from my husband almost killed me, Mercy Aigbe reveals why she left her…