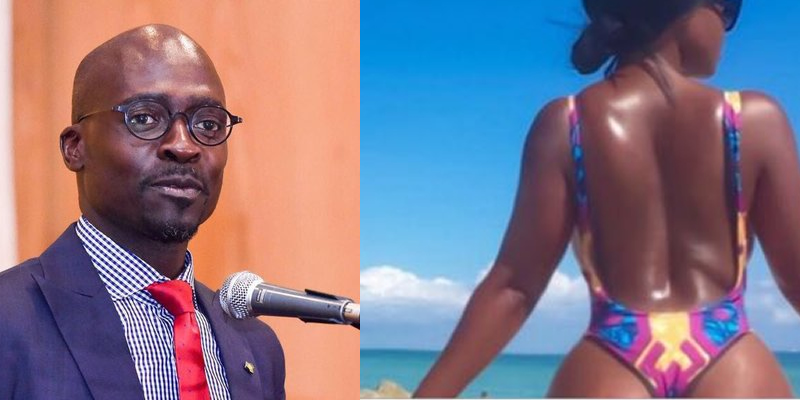 A video of South African Home Affairs Minister, Malusi Gigaba engaging in a sexual act with his Ex, Buhle Mkhize has hit the net and gone viral.

Malusi Gigaba in a Whatsapp conversation between him and an ex, Buhle Mkhize, which surfaced online, shows he sent the video to her and desperately begged her not to release it when she threatened to.

Amagitesblog has seen the 13-second video, which shows the minister with his shirt pulled up, stroking his joystick. He said in the video; “Mhh, imagine if the was in your mouth, oh baby!”

Below is a Facebook post by Buhle Mkhize warning the minister’s wife to stop attacking her or else she releases the video. 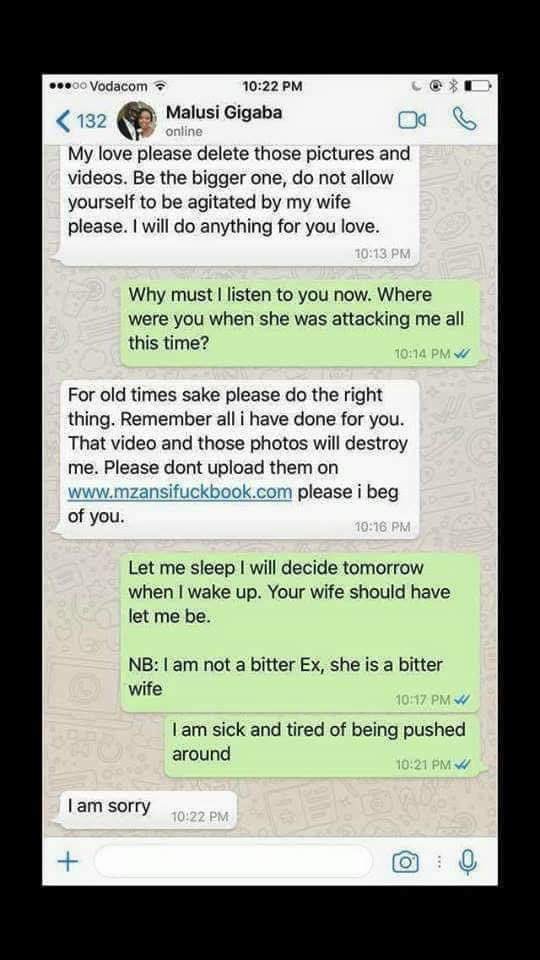 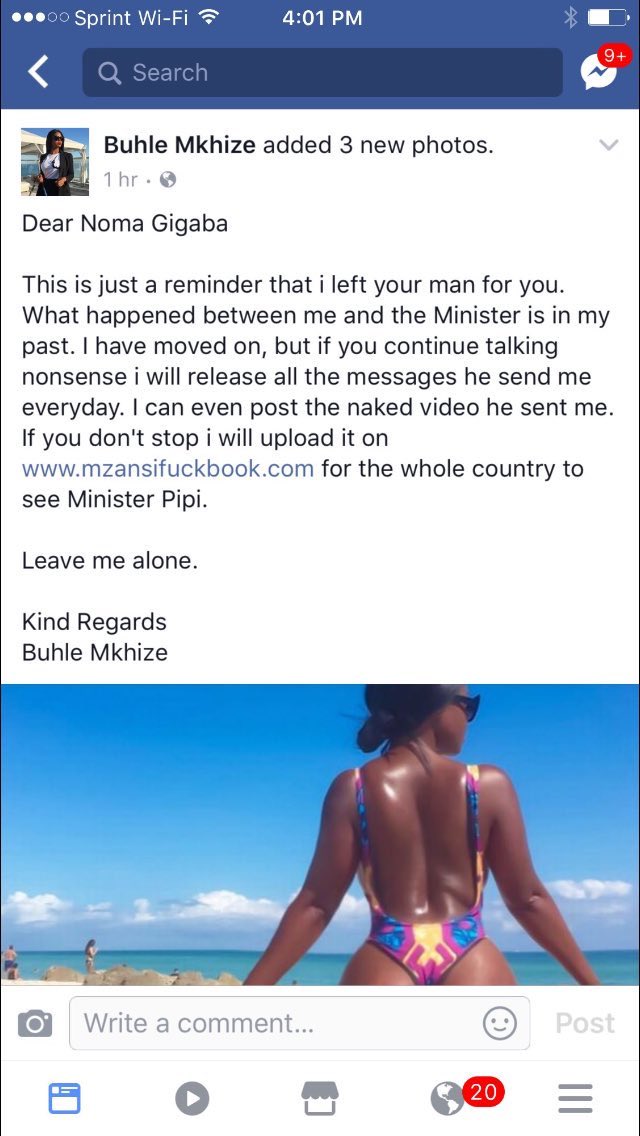 Meanwhile, Gigaba has suggested that the leaked video of him engaging in a sexual act was a political attempt to assassinate his character ahead of next year’s elections.

His tweets on Sunday laid bare his feelings on the leaked video and the extortion attempt.

He tweeted: “My wife and I have learnt, with regret and sadness, that a video containing material of a sexual nature, meant for our eyes only, which was stolen when my communication got illegally intercepted/my phone hacked, in 2016/17, is circulating among certain political figures

“I take this opportunity to publicly apologise, in advance, to the rest of my family – especially my kids, my mom and my in-laws – and the South African public for the pain and embarrassment the likely wider distribution of this private material will cause”.