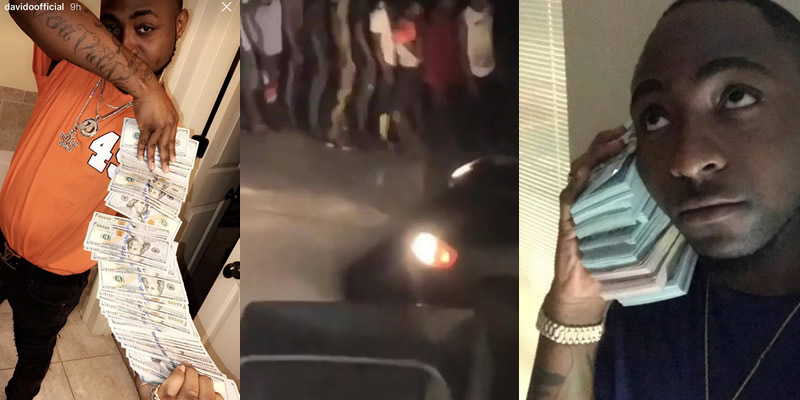 A video which captured long queue of people begging for money in front of Davido’s house last night, has gone viral on social media.

Davido who was heard talking in the video, disclosed that the long queue of people in the video is just an insight of what happens at his house’s everyday.

Anytime Davido is in the country, his residence in Lekki, Lagos is always flooded with people singing his praise and begging for money.

Yesterday night was not an exemption, Watch the video below and see how long the queue in front of his house was last night.

Davido bought his Lekki mansion in 2012. It was originally advertised for N140 Million on the real estate market and said to be close to his dad’s house.

His main source of profit are songs, but like many other stars, he also has other means of money making. Davido’s concerts bring him a large check, he also has signed juicy agreements with various record groups.

Davido has more than twenty awards and more than forty nominations. He is also an official representative of many top brand products. He has signed N30,000,000 contract with MTN. Davido also has a contract with Guinness Nigeria.