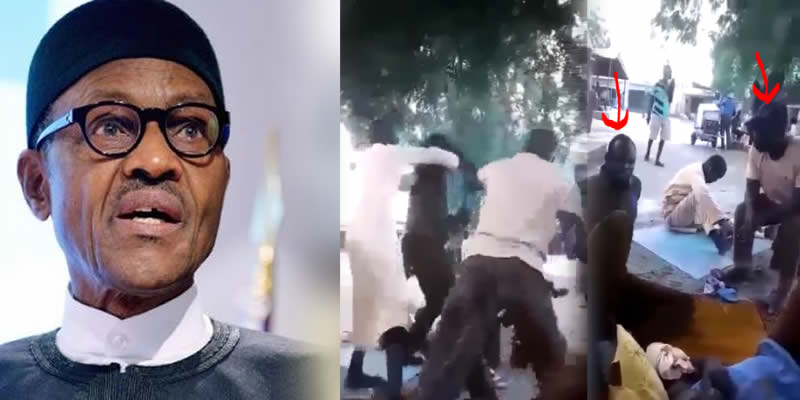 A heated argument over President Buhari between two Hausa men in the northern part of the country, reportedly led to a fearsome fight .

While the younger man (in black shirt) told his colleague how bad the situation of the country is and why he has no reason to support president Buhari in the 2019 election, the older man (in white shirt) who appears to be a staunch supporter of Buhari told him to leave out the president out of the matter and that he has performed well.

The heated argument led to hurling of insults even against their parents, before denigrating to punches. The fight was however stopped by people present.