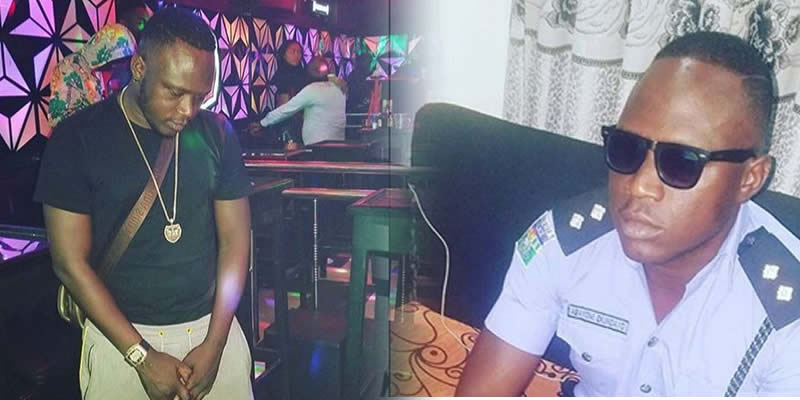 Singer and policeman, Abayomi Ekundayo, otherwise known as Yomi SARS, has admitted that the campaign to end the Special Anti-Robbery Squad in Nigeria affected his music.

Yomi SARS stated that at a time, he was enjoying good following in the music industry, but it later became a struggle for him (to shine). He told Sunday Scoop, “I was one of the originators of the shaku shaku dance. The dance style became popular last year, which was the season I released my hit song, Adoyoyo. Songs such as Legbegbe, Shepeteri and Egewere were also newly released at the time. While the other songs went on to enjoy more attention, it was not the same for me. Things became worse and the public’s attention shifted from me.”

READ: Ruggedman dares Yomi Shogunle to mock #EndSars after the order to reform the squad

However, Yomi insists that he is a man of faith who believes that is how God wanted things to unfold. He said, “Since the campaign to scrap SARS has ended, people have been embracing my music more. By the time my new mixtape circulates well, I am certain that more people will get to appreciate my talent.

“I was supposed to perform at Olamide’s concert last year but I couldn’t because of the tension. It was a serious national issue at the time and people saw me as one of the SARS officials even though I had left the unit many years ago.”

Yomi also claimed that he usually rescued celebrities whenever they had problems with policemen.

He said, “Trust me, I always look out for celebrities whenever they have issues. If you call me at 2am, I will pick the phone because I’m a light sleeper. If I can’t solve the case myself and I am certain you are innocent, I will meet with my bosses for help. I have always wanted to bring the police closer to the people.”

You may also like to read; American guy visiting Nigeria for the first time surprises girlfriend with proposal on arrival

Man sentenced to death for killing his girlfriend in Plateau