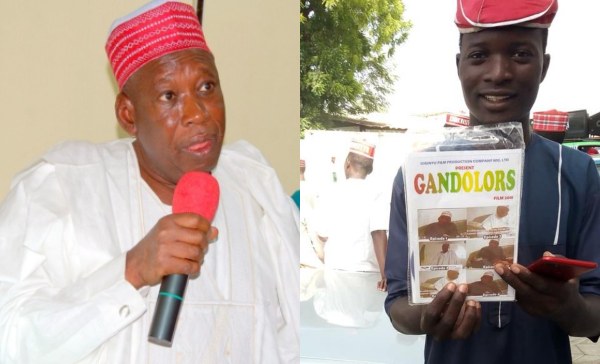 Reports have it that the alleged bribery videos of governor Abdullahi Umar Ganduje, are now being sold in markets in Kano state.

Governor Ganduje alleged bribery videos is now being sold in Kano markets and a young man who bought the full season from episode 1-6, took to Facebook to share a photo of the video pack.

While the name of the Kano markets in which Governor Ganduje alleged bribery videos are being sold was not given, however here are the photos shared on Facebook below;

This is coming after a Kano high court granted an interim injunction sought by Governor Ganduje, restraining Daily Nigerian Newspaper and Jafaar Jafaar, its publisher, from publishing videos about him.

The Kano Governor who subsequently filed a N3 billion suit against the newspaper, asked the court to declare the publication as wrongful and a defamation of character.