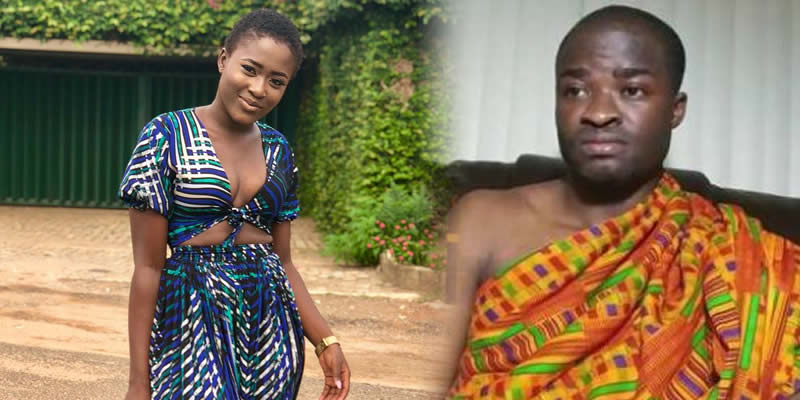 Evangelist Addai in a new prophecy, alleged that Ghanaian actress, Fella Makafui will die in an accident by 24th December.

According to Evangelist Addai in a 25 minutes video he posted on his YouTube channel, the car gift given to Fella by her boyfriend Medikal is a trap.

The Ghanaian prophet used the unfortunate death of Dancehall artiste Ebony Reigns, to back his prediction of Fella Makafui dying in an accident on the 24th of December 2018.

Recall that we reported that Fella Makafui, who had her car disgracefully taken from her by her sugar daddy she dumped, was bought a new car by her boyfriend Medikal.  Fella’s new boyfriend Medikal bought her an Audi A8 after an angry ex-boyfriend seized her two cars he bought for her.

The musician on Friday, posted a video of the car being presented to Fella on his Twitter handle.

“Just got my babe an Audi A8! Love is Gangsta,” he tweeted.

The rapper and the actress began dating, just after Medikal ended his relationship with songstress Sister Derby.  Sister Derby has since composed a song titled “kakalika love,” which showbiz community say is intended to taunt the duo.

You may also like to read; Ghanaian actress, Fella Makafui reacts as boyfriend closed the wine shop he opened for her

7 Nigerian scientists you have probably never heard of

Man kills snake that swallowed his dog in Anambra

Fella Makafui set to be dumped by her rapper boyfriend, Medikal

Fella Makafui lost father long time ago, but she got to know yesterday