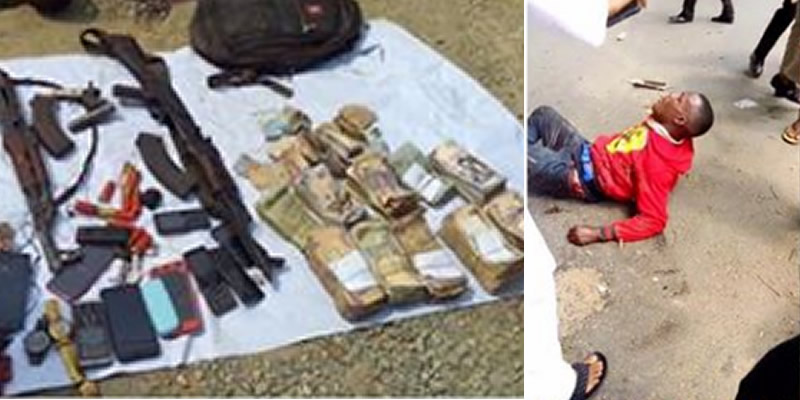 Police kill five The Cross River state Police Command have killed five armed robbery suspects in Calabar who engaged the officers in a gun duel shortly after robbing a filling station at Atu Street in the state capital on Sunday.

Hafiz Inuwa, the Commissioner of Police in the state, who briefed newsmen on the incident at the Atakpa Police Station, said the robbers invaded the filling station on Sunday morning.

“Some of these armed robbers are giving us problems in Calabar municipality. These set of robbers were caught up in a gun battle with the police shortly after they robbed a filling station in Atu area of Calabar South.

They had a shoot-out with the police and our men were able to gun down five of them. These were the same gang that we already have their profile. We have been on the watch out for them because they were the same people that snatched two AK47 rifles from our men.

This is a pointer to the fact that the police and other security agencies will not rest until the state is free from all forms if criminalities,” he said.

Inuwa said that people who decides to take up arms against law abiding citizens in the state would have themselves to blame because the police was out for “fire-for-fire”.

“Election is coming, the Calabar carnival is around the corner; we are not going to spare any criminal in the state. I am calling on parents to be on the watch out on their wards because taking arms against anybody will not be tolerated,” he warned.