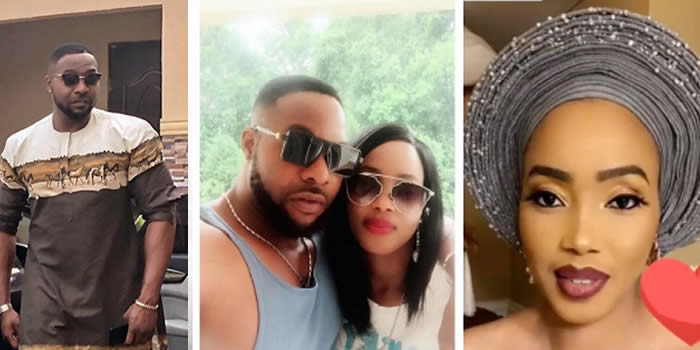 Nollywood actor, Bolanle Ninalowo reconciles with wife of 12 years after years of separation

Bolanle Ninalowo who in an interview with Genevieve magazine in 2017 confirmed that he was separated from his wife after 12 years of being together, has allegedly reconciled with his wife.

In the interview, Ninalowo who disclosed that they have two kids together, revealed how he took her to United states of America and married her on paper hoping that he will officially marry her sometime later but things didn’t go according to plans.

According to Genevieve Magazine, he said;“I am separated from the mother of my kids. I have an 11 year old girl and a nine year old boy from her and they live in Atlanta.

We met here in Nigeria, when I visited 12 years ago. I took her, with me, to the States and filed for her (married her on paper) with the hope to someday get married officially, but things took the wrong turn. So, for now I am married to my hustle.”

Reacting to the post which sparked off speculation that he has reconciled with his wife, Ninalowo wrote;

“Thank you for hanging on. So sorry for everything. I only knew that if God be for me, then the end will surely justify the means. Mabinu aya mi”.

Bunmi also shared a throwback photo of both of them and captioned it,

You may also like to read; John Dumelo’s wife steps out for the first time after giving birth (Video)

How I take advantage of admiring Lesbians, Actress Chilly B reveals

Victim of Child labour gets help, sponsor from a concerned Nigerian

‘Living my best life’, BBNaija’s Khloe says as she strips down to…