Lady dumped by boyfriend on Christmas eve, rescued after drinking Sniper in Lagos

A yet to be identified lady who was dumped by her boyfriend on Christmas eve, was rescued after she drank Sniper in Lagos.

The incident reportedly occurred in Ahmadiyya, Ijaiye Ojokoro area of Lagos and it was also gathered that the lady who was dumped by her boyfriend on Christmas eve, drank a combination of Sniper (an insecticide) and Teem (a soft drink). 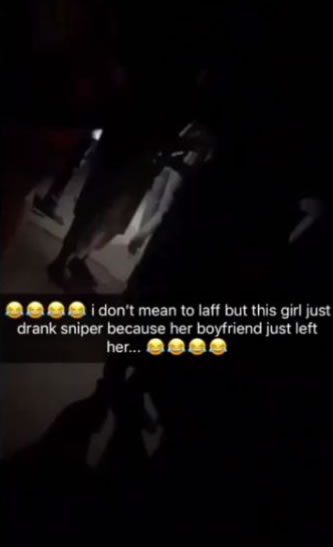 This is coming after it was reported that a 21-year-old lady, Miss Tawa Oshunuga, allegedly killed committed suicide after her lover of four years, called off their relationship via a phone call.

You may like to read; Body of another lifeless woman dumped by the roadside in Imo (Photo)