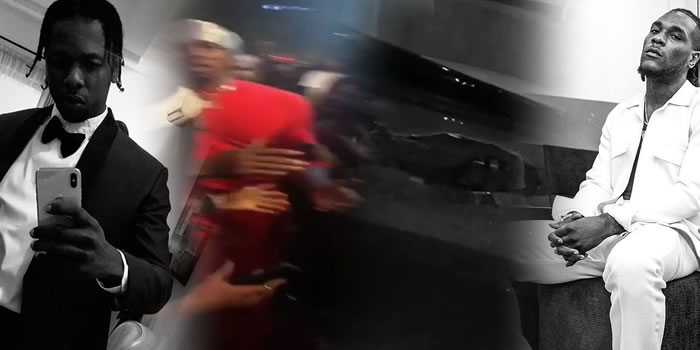 On Wednesday night, Runtown’s Lamborghini was damaged at Burna Boy‘s concert that held at Eko Hotels in Lagos.

Runtown acquired the Lamborghini back in 2017 when all was still well between him and his former record label boss, Dilly Umenyiora.

See a video of the destroyed whip below…

You may also like to read; Runtown launches own music company, ‘Sound God Music Group’

“Fighting Ceeza Milli will be another stupid mistake”, Cubana Chief…