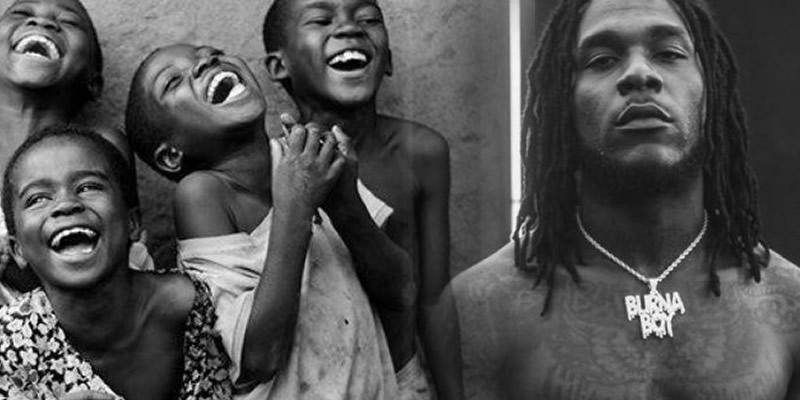 Burna Boy: Nigerians tells Singer to ‘Calm down’ after calling out Coachella

Nigerians have advised Burna Boy not to believe the hype surrounding him too much, this was after saying he’s African Giant while dragging Coachella over the way his name was printed on their event’s banner.

It all started after the Nigerian singer, Damini Ogulu, popularly called Burna Boy took to his insta stories, where he slammed the organisers of US music festival, Coachella, for writing his name on the artiste line-up in small print.

He told them that he was an “African Giant” and went on to advise them to make necessary changes.

Burna Boy was on Thursday announced as one half of the pair of Nigerian artistes, that would be performing at this year’s Coachella in the US. Tosin Ajibade, popularly called Mr Eazi will also be performing at the music festival.

While he had shared his excitement about the Coachella performance on his Twitter page earlier on Thursday, his bashing of the organisers got him trending. 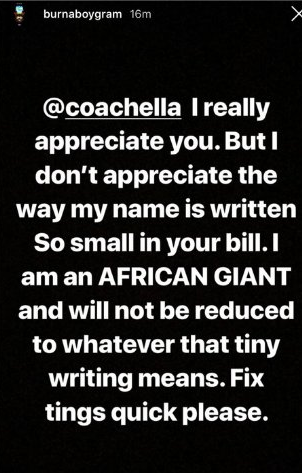 Even as most Twitter users felt that he was letting his past successes get to his head, there are others, who felt, he had a right to demand the kind of treatment he deserved. 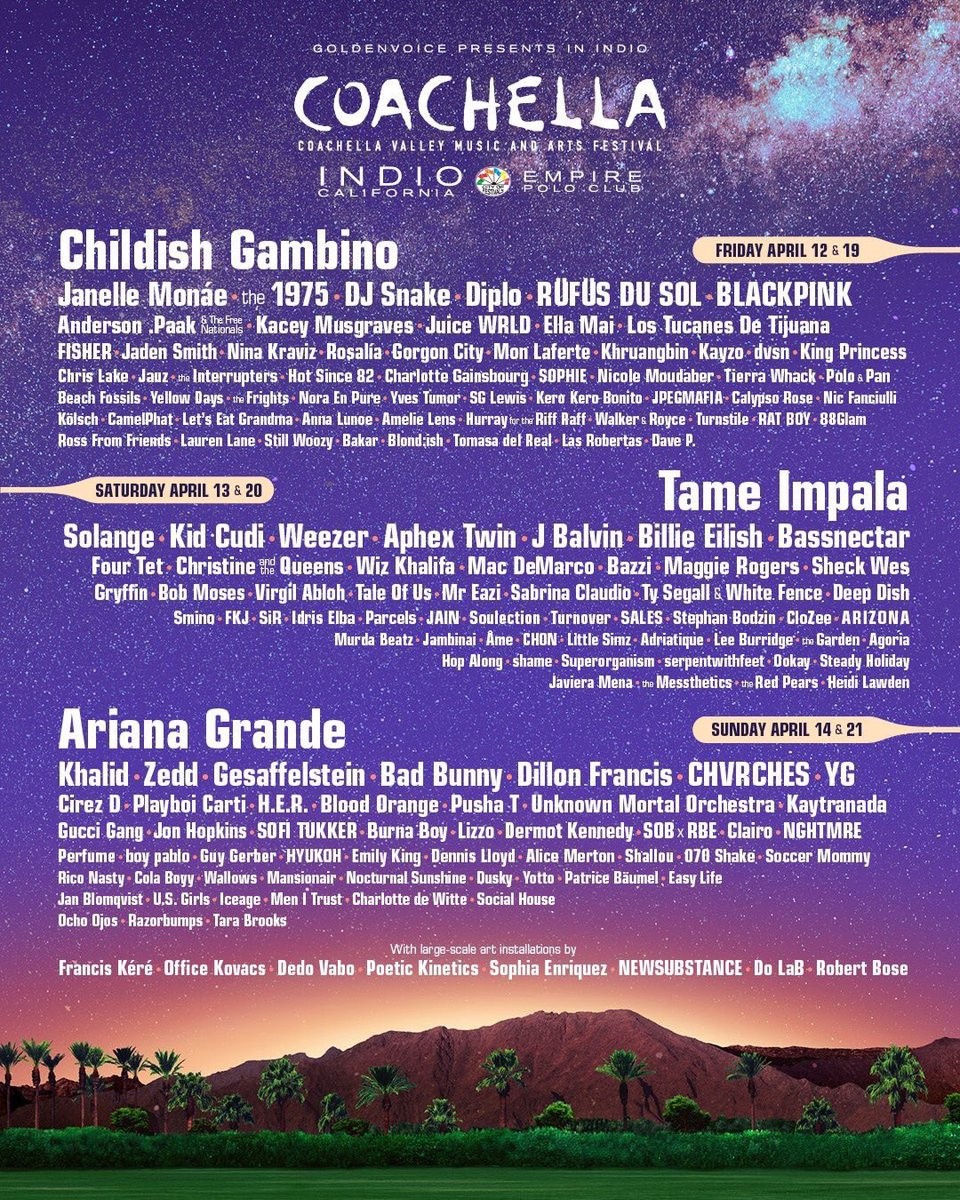 You see what I told you about this fake Jamaican wannabe Burna Boy. The hype is getting into his head, instead of going to Coachella to prove himself he is ranting about font size. Wizkid fought for African artists to be given award on stage your MCM is fighting over font ode ? pic.twitter.com/VLKHYrbEDP

Coachella Organisers looking at Burna Boy and his “I am an African Giant” statement right now. pic.twitter.com/fr9rqVcapQ

You people hyped Burna Boy so much throughout December. See how he's now behaving in January.

Burna boy said he’s African giant ???? See what we talking about twitter hype ??. Those artist that have been doing this yearly will be laughing rn. You had just one good year alaye. Lil kesh once had a good year too

Burna Boy thinks because a few hungry Influencers hyped him now he has arrived lmao. MR EAZI IS BIGGER THAN BURNA BOY IN AFRICA.

Twitter hype has gotten into Burna Boy’s head and now he thinks he’s an African Giant and his name should be written over Ariana Grande?

Burna Boy is not yet an African giant.

He's not even a giant in the Nigerian music industry yet.

Is this pride or entitlement or just plain stupidity?

Stop playing the African card on this shit, alot of people more popular than Burna Boy are written in smaller fonts. Its not an African thing ?‍♂️?‍♂️?‍♂️ https://t.co/cob4nNAvLg

Others had a different opinion: Burna Boy deserves better treatment:

Instead of y'all to encourage and support him and his music so man's gonna be international, y'all hating, reason why Africans are lagging behind.

Now Burna Boy is demanding Coachella respect him by making his name more visible on their publicity materials. We all have different opinions about this, but when African acts start getting same big font size as foreign acts, remember that someone fought that battle. Selah

I agree with Burna Boy 100%! And this isn’t about Burna himself, this is about the culture this side of the world. Wiz refused to collect an award because presentation would be backstage. The following year, Davido collected it on stage. These are necessary battles! https://t.co/Mzw5HtpuP6

It might take a while but you'll get there. Burna Boy was underrated till they gave him a 5 star!!