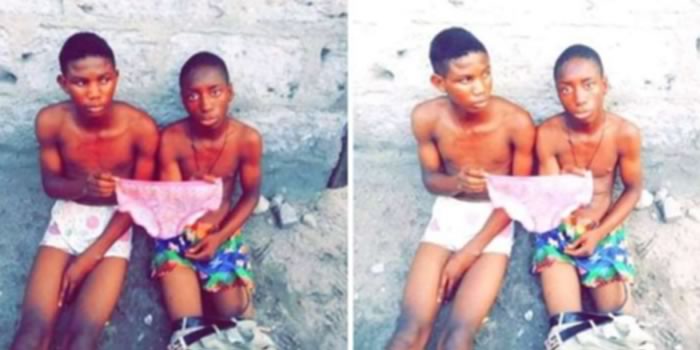 Two young boys were stripped after they were caught stealing panties in Lagos, as the trend of people using the female underwear for ritual continues.

The two boys who appeared to be in their teen were reportedly caught red-handed by some residents who sighted them after stealing an underwear and was allegedly looking for more to pick.

They were forced to strip off their clothes and paraded in public as further details of what later happened to them – were not given.

This is happening weeks after a teenage boy was caught with some panties and was paraded in the street after being beaten mercilessly by residents in Lagos.

I will feel ‘very betrayed’ if my daughter, Kulture says ‘daddy’ first before mama – Cardi B