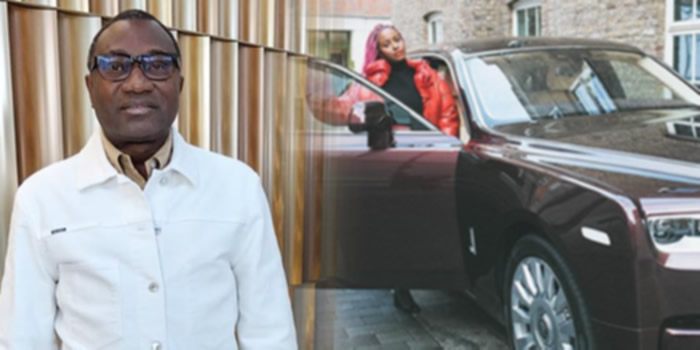 Billionaire Businessman, Femi Otedola has reacted after his daughter, Florence Otedola aka. DJ Cuppy showed off a Rolls Royce Phantom on her page.

Recall Cuppy showed off the 162 Million Naira Whip on her page on Friday January 25, 2019. In her post, she said it took over 13 months before the new ride arrived.

“After a 13-month wait, finally picked up my new specially built order!

she captioned the photo.

Reacting to the news, her Billionaire Father, Femi Otedola replied her post saying;

Apparently, it may seem as though the new whip is for her Billionaire Dad, Femi!