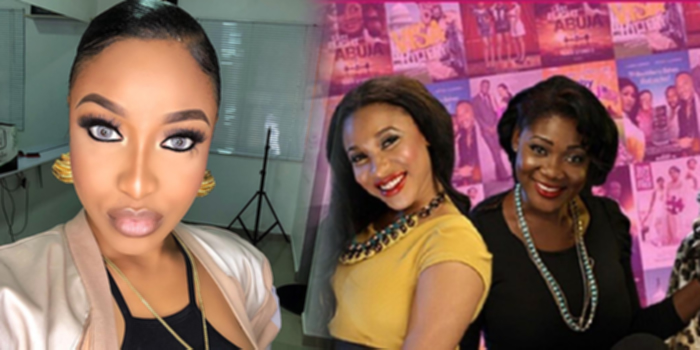 Tonto Dikeh and Mercy Johnson are now really cordial with each other but there was a time when they were sworn enemies. Tonto Dikeh has now explained the reason for the fight.

According to Tonto, their fight was childish and it was because she was envious that Mercy Johnson was the only one who could act better than her in the Nigerian movie industry.

She said she has now realized that to be herself is better so she has stopped wanting to be like Mercy.

Sharing a throwback photo of them together, Tonto wrote:

Mercilious mercy..
#TBT
Forget all that small pikin fight we do when we small,I have always been a huge fan..
As a matter of fact that year Na only you I Dey fear to act with becos I know say you got dust me hands down..
Dunno how you do it boo but you are a GREAT ACTOR!!!
Just concerned al those my childish fight as envy because that year mercy Johnson was all I wanted to be until I realize say to be me better pass!!!
Love you girl @mercyjohnsonokojie
#TBT #MERCYJOHNSON #KINGTONTO #HAPPYHEART