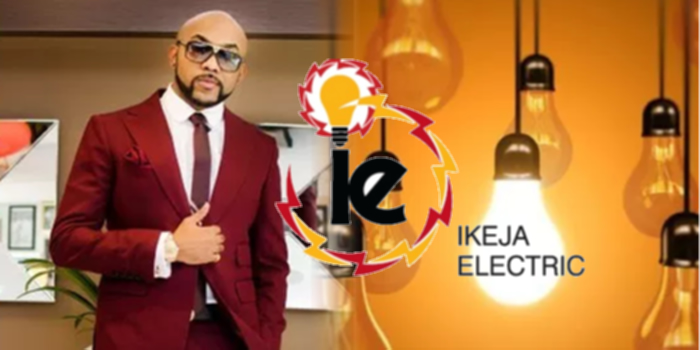 Banky W’s electricity bill of N90,000 while he was abroad: Hear what IKEDC told him (Video)

Banky W’s electricity bill of N90,000 in a month while he was outside of the country, has angered the singer that he had to explode while telling the tale in a new interview.

Banky W disclosed that after receiving the bill, he called IKEDC to complain over the estimated bill of N90k and they told him he should have told them he traveled so they can adjust their meter.

According to the singer turned politician, it was at that moment he knew that estimated bills was fraud on the flip side.

Here is the video of the interview in which Banky W lamented over the electricity bill of N90k below;

This is coming after it was reported that the Nigerian Electricity Regulatory Commission (NERC), disclosed it will stop the widespread abuse of its estimated electricity billing methodology by the 11 electricity distribution companies (Discos) in the country.

And in this regard invited stakeholders in the power industry to tell it the best out of two options it has proposed to adopt to cap estimation of electricity bills by the Discos.

NERC in a consultation paper it sent out on this, explained the issue of estimated billing has continued to constitute a major source of complaints by customers in all the Discos.

Bank W charged 90k NEPA bill for light he did not use…. Have you experienced this before? #NollywoodOnline #bankyw DM for paid Ads Follow @nollywoodonline