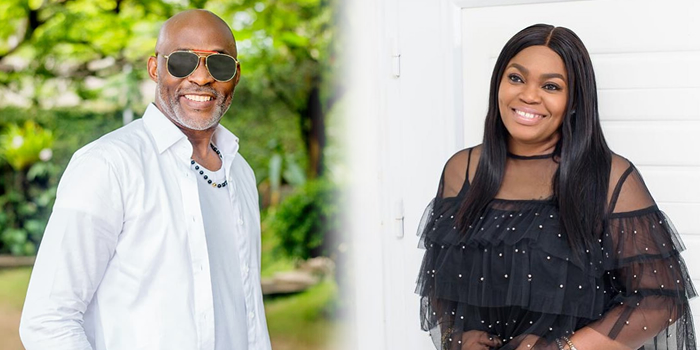 Veteran Nollywood actor, Richard Mofe Damijo, RMD, has told his wife that he doesn’t deserve her. He made this known in a Valentine’s day message he shared on Instagram.

According to RMD, those were the exact first words he said when he saw her heart towards him 22 years ago.

Sharing a picture of the both of them in celebration of Valentine’s day, the actor wrote on IG:

“Adejumobi. Abike. Abiks. Abk.
Adumaradan…. See how far we have come… I still don’t deserve you. First words I said to you when I saw your heart for me over 22 years ago, and until this minute I still don’t feel I deserve you. Thank you for always.
#celebratingabike #rmdsaysso #valentinethings”