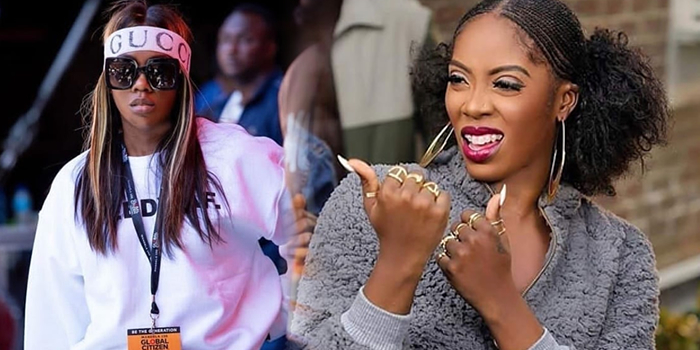 However Nigerian music star, Tiwa Savage, seemed to have had enough of the internet as she stayed away from her social media pages. Her absence was obviously noticed by many of her fans.

The importance of social media cannot be overemphasised especially in the lives of celebrities. Many stars have even admitted to social media being their life.

The pretty singer who recently clocked a year was not even tempted to post on social media to celebrate her day seeing as she had been away since December 2018.

However, the mother of one is about done with her break and ready to mingle with her fans again.

She recently took to her Twitter page to share her thoughts and interact with some of her fans and they were glad to have her back.

Tiwa revealed that she missed her fans but she took a little break to spend some time with her family and her son.

The Lova Lova crooner also added that she has some great plan for 2019 and she promised to share it with her fans soon.

See some of her tweets below:

I will sooner than you expect, just needed a Lil break to spend time with my family and my son … work is about to start 💪🏽 https://t.co/rxCyBCOr93

An inquisitive fan asked if she was pregnant and Tiwa replied in the negative.

It is obvious she is back to stay. See some of her tweets below:

I have my PVC, was ready for today but we dey here still. I must vote 🙏🏼 https://t.co/GS5RWOZdhU

Meanwhile we had previously reported that Mama Jam Jam was spotted for the first time in 2019 with Love me jeje crooner, Seyi Sodimu.

Despite being low key on the internet, the female singer recently spent some time with Sodimu and he took to social media to share a photo of their meeting. We were glad to not that she looked chic and glamorous.