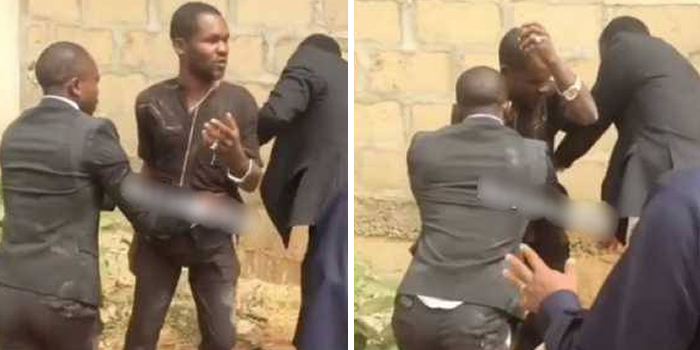 A video currently making rounds on social media shows the moment a man was caught stealing the tithe money inside a church in Asaba. The incident occurred at the Dominion City church in Asaba.

The man was reportedly caught in the act of stealing the money when he was caught. He got dragged out by church members who made sure they filmed him get disgraced.

When he he was questioned, he admitted to stealing the money but explained that he was tempted and should be pardoned.

It is not clear if he has been handed to the police yet or not.

Below is a video showing the man’s ordeal: