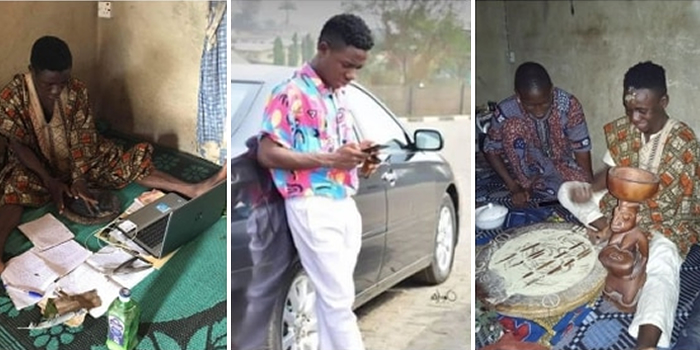 Photos of a young man who is a herbalist has gone viral on Facebook. Unlike the stereotyped Nollywood herbalists, wearing tattered clothings and living in shacks, this herbalist, identified as Orunmila Jogbodo Oluwo, is educated and neat.

A Facebook user Adekunle Al Miftau Adeite shared the photos of the young herbalist and wrote;

“Nollywood’s stereotype of Babaláwo is a dirty raggedy human being. Let’s puncture that. This young man is not just a babaláwo, he’s an Oluwo. Clean. Neat. Educated.”