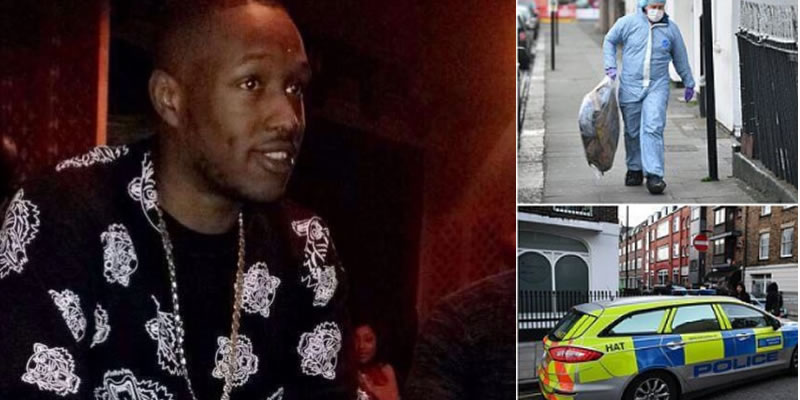 Black man killed after being attacked in London identified as a Nigerian, suspects arrested

The man who died in a luxury hotel lobby after being stabbed in the street in central London has been identified as a Nigerian.

Though formal identification is yet to take place, the police said they are “confident” the victim is Bright Akinlele, 22.

Police said Bright walked into The Wesley hotel in Euston Street, Camden, shortly before 10.45pm on Monday. Police and ambulance services were called to the hotel and he was pronounced dead at the scene at 11.31pm.

His death was caused by a stab wound to the leg, according to a postmortem.

Seven women and four men, aged between 19 and 28, were arrested at an address in Camden on suspicion of murder. They have been released on bail to return to police on a date in mid-March pending further inquiries.

Three additional arrests have been made by detectives investigating the murder of Bright Akinlele in Camden in London.

The three, all aged in their 20s, were arrested on Wednesday, 20 February on suspicion of murder. All three remain in custody at this time.

Four men and seven women, aged from 19 to 28, were earlier arrested on Monday, 18 February at an address in Camden on suspicion of same murder. All eleven were released on bail to return on a date in mid-March.

New developments revealed that the attack was not on the street as earlier reported, further enquiries have established that Mr Akinlele was stabbed in a residential venue a short distance away from the Wesley hotel. He entered the lobby of the hotel from the street and then collapsed.

The victim’s next of kin have been informed and formal identification has now taken place.

A postmortem examination carried out on Wednesday, 20 February found the cause of death to be a stab wound to the leg.

A murder investigation was launched by detectives from the Met’s Homicide and Major Crime Command under the leadership of Detective Chief Inspector Glen Lloyd.