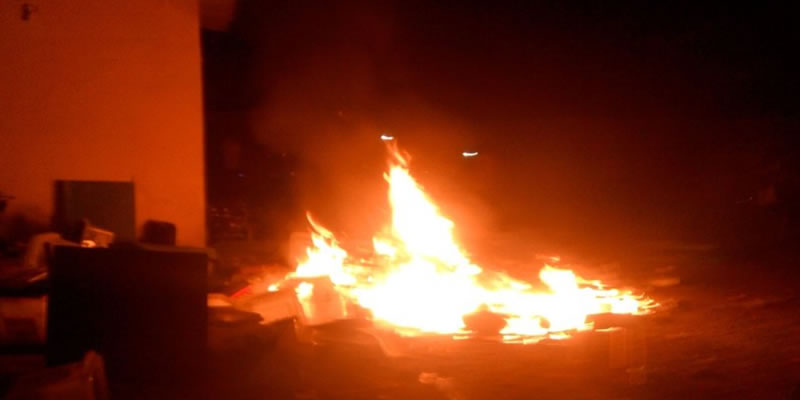 INEC office burnt down in Imo before announcement of election results

According to Eyewitnesses, irate youths in Umuneke Ngoro  at Ngor Okpala Local Government Area, which is the largest local government in the state, were angered when security agents stormed the area and attempted to cart away voting materials and bring same to the INEC Collation Centre in Owerri allegedly without first announcing the results of yesterday’s elections at the local level before taking them to the INEC Collation Centre.

A party agent, who refused to be mentioned, said the security agents refuse to reveal their identities before carting the voting materials away, and this raised their suspicion that the result of the election may be altered before getting to the Collation Centre.