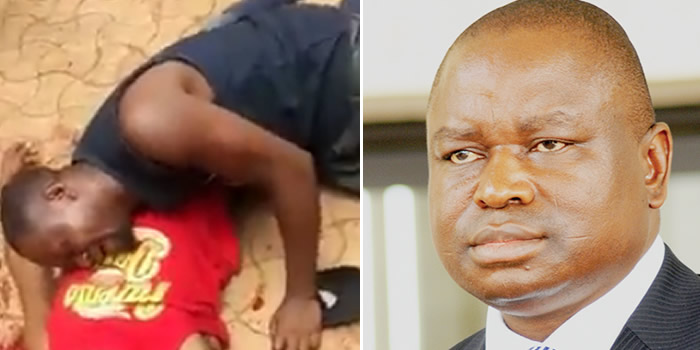 It was a sorrowful moment after a man identified as Sunday Odo, was shot at the home of Senator Ayogu Eze, the Enugu State gubernatorial candidate of the All Progressives Congress (APC), in Umuonu-Umuida, Enugu-Ezike.

It was gathered that the deceased is the younger brother to APC House of Assembly candidate in Igbo-Eze North, Okwy Odo.

Circumstances surrounding the shooting is still unclear but there are claims he was shot “accidentally’ by a police officer during a disagreement between the angry supporters of Senator Eze and the election observers.

The supporters are said to be aggrieved over the removal of his name from the final list published by the Independent National Electoral Commission, INEC.

The area has been cordoned off and a combined team of police and military were seen headed to the scene of the incident.

After the shooting, the observer group were rescued by a combined team of the police and army.

“We were almost killed there; as we drove into Ayogu’s compound, the mob descended on us. They first threw a cap with Governor Ifeanyi Ugwuanyi’s picture into our vehicle and branded us PDP supporters.

“They shot at one of us and he was reeling in a pool of his blood while the rest of us was held hostage until the police came to our rescue,” one of them claimed.

“Ugly people are ugly inside out”, Dencia drags Burna Boy and his girlfriend Stefflon Don