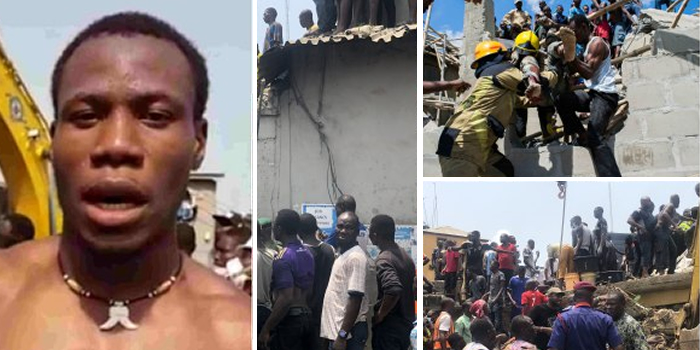 The owner of Lagos collapsed building, Mr. Akinmoladun has been rescued from the rubble, according to a statement made by his son, Erinoluwa Akinmoladun.

Erinoluwa  also revealed that the affected building was under the management of a developer, identified as Mr Giwa who had been managing the building since 2010

“When I came home this morning, as I was walking on the staircase, I observed the building was giving signs of weakness and I told my father about it. But I couldn’t wait to know if he took any action because I left home in a hurry to attend to other things. I left my father and sisters at home.”

Erinoluwa said his father has been rescued, as he joined other rescue workers to evacuate the victims.