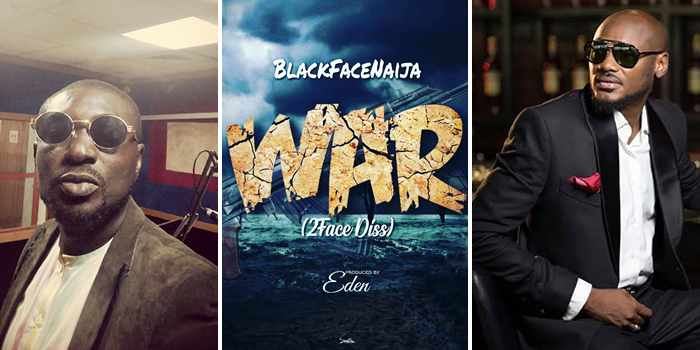 The ongoing battle between two ex-members of the defunct musical group, Plantashun Boiz, does not seem to be ending anytime.

It would be recalled that Blackface and 2baba have not exactly enjoyed the best of times together over the past few years.

we previously gathered the report of how Blackface had taken to social media to declare the start of an official war on his former music mate.

In a recent development, the aggrieved musician has now taken to social media to announce the release of a new diss track titled War, which has been particularly directed at 2baba. He dropped an artwork for the new single on his page.

In the artwork, the words ‘2face Diss’, were boldly written under the title of the song. In some of the lyrics in the song, he accuses the legendary singer of not being straight.

Listen to the full track below: