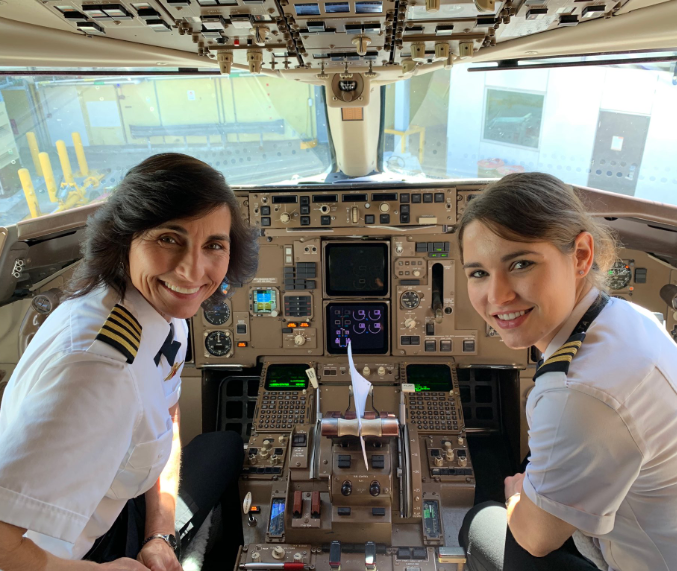 A mother and daughter have won hearts after they both piloted a plane together from Los Angeles to Atlanta. The mother-daughter duo, who are both pilots, are being referred to as mother-daughter goals after their photo was shared online by John R. Watret, a pilot and the Chancellor of Embry-Riddle Aeronautical University.

He wrote: “Just flew from LAX to ATL on Delta piloted by this mother-daughter flight crew. Great flight. Inspiring for you women.”