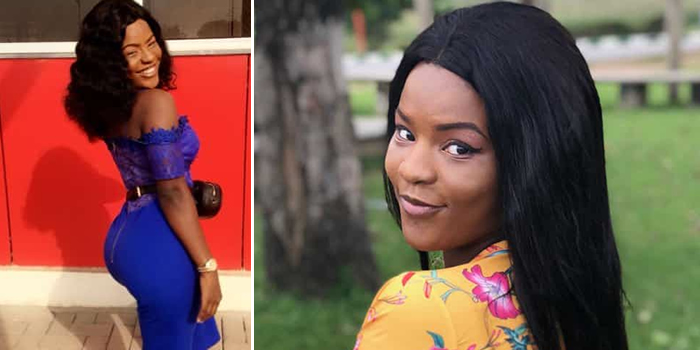 Nigerian lady rejects marriage proposal over the size of “prick”

A Twitter user identified as @rutie_xx has got herself trending on the platform after she revealed the reason why she rejected a marriage proposal.

She said that the large size of the man’s d*ck made her turn down the marriage proposal.

According to the lovely damsel, she claimed that such big manhood could shift her womb. 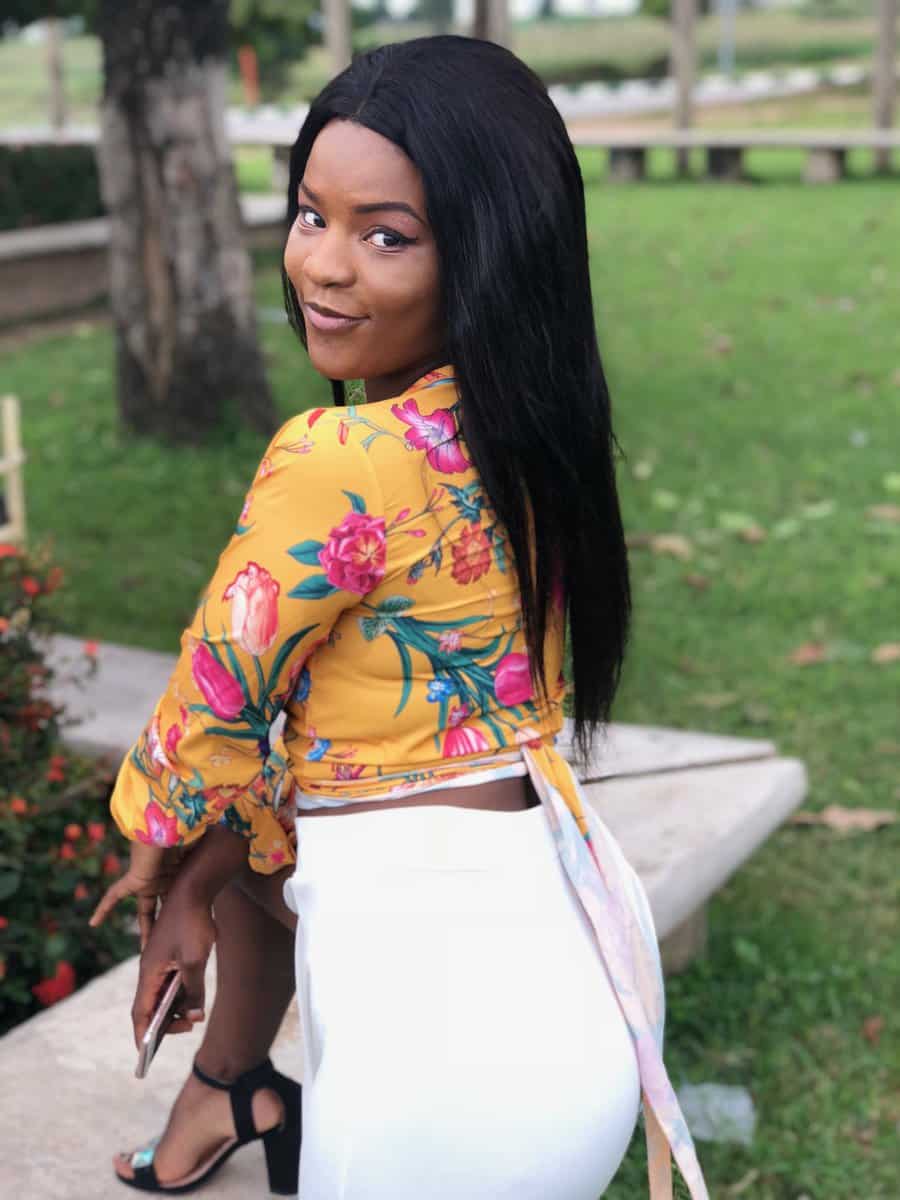 “I rejected a marriage proposal because of the size of the D. I’m too tender for my womb to start shifting.” 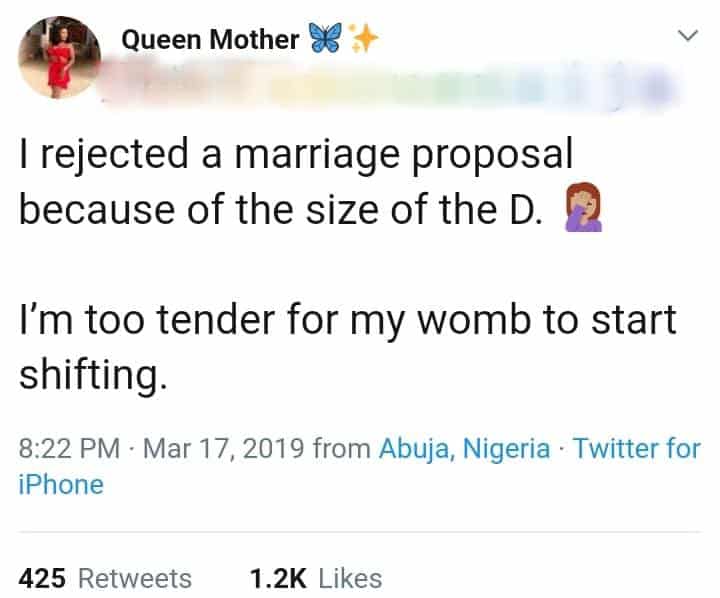 Many were shocked to read her tweets. Some claim many women are looking for such huge d*ick. 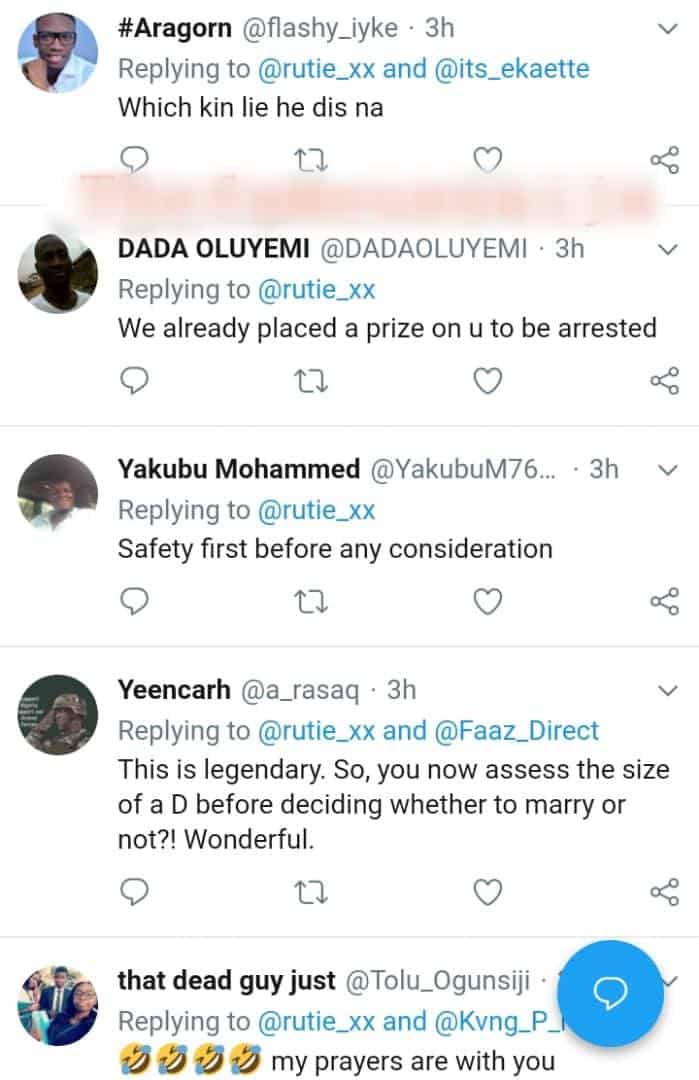 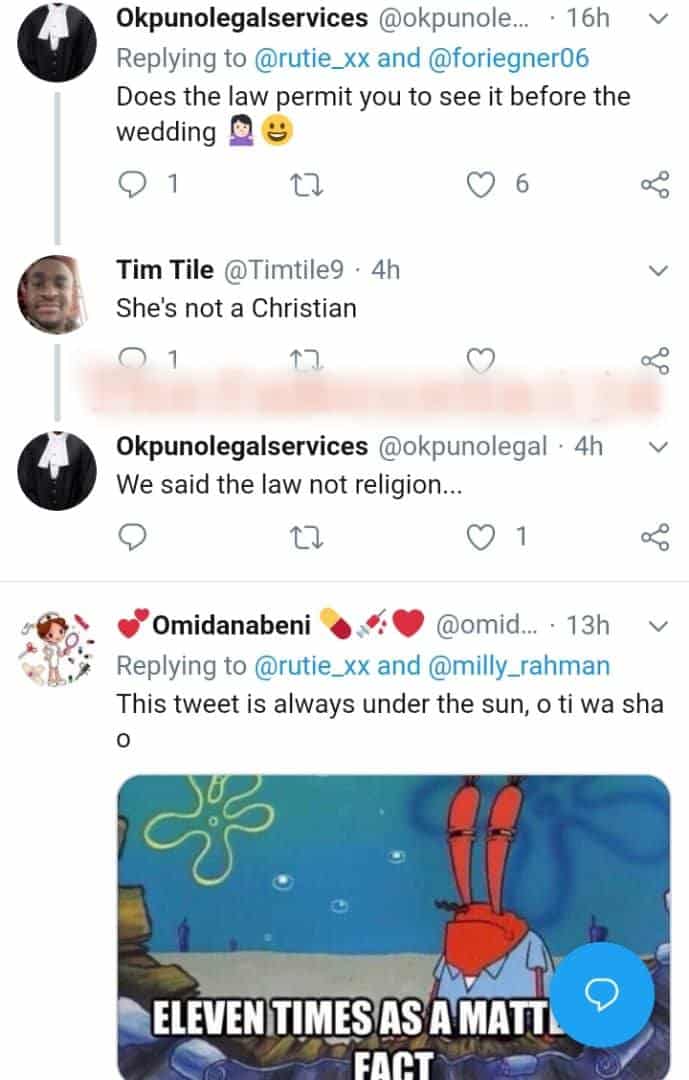 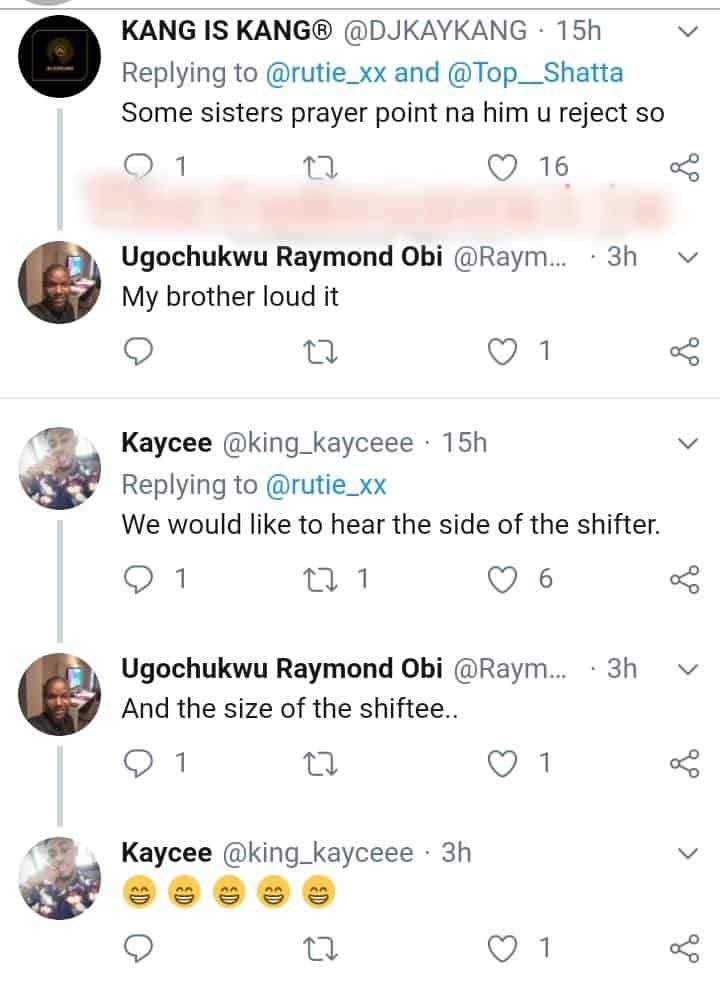 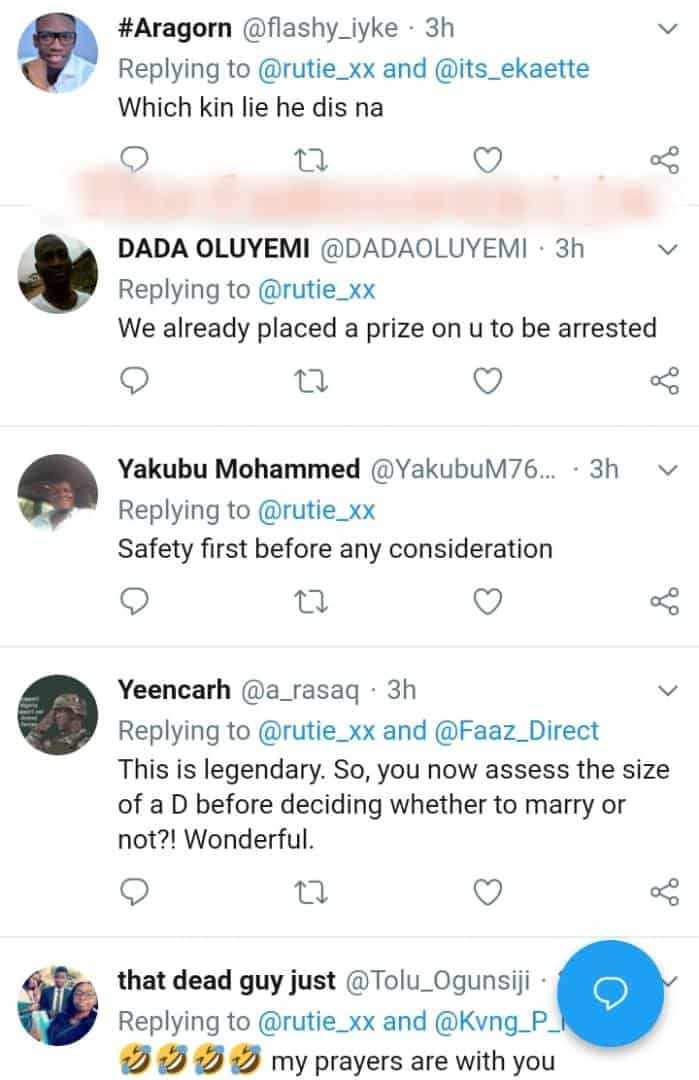 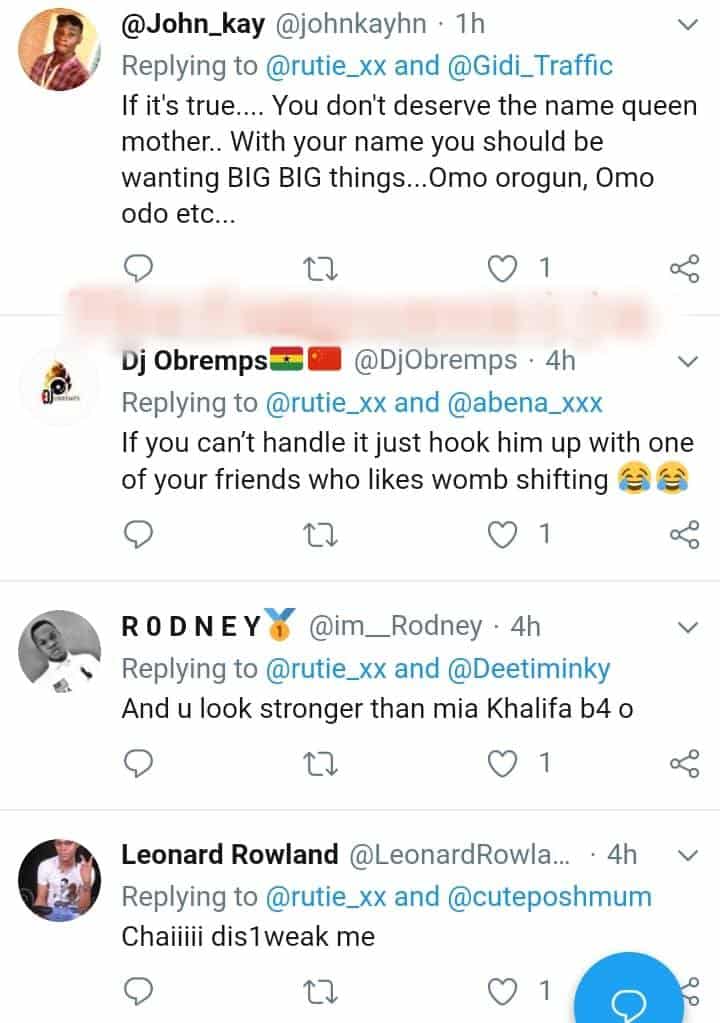 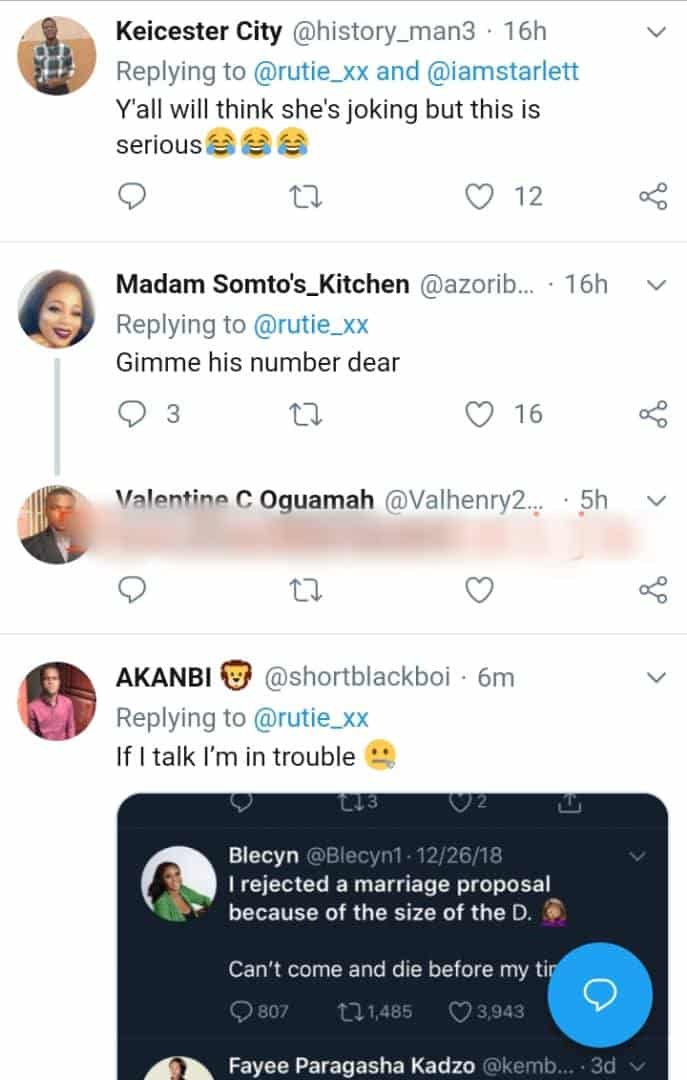