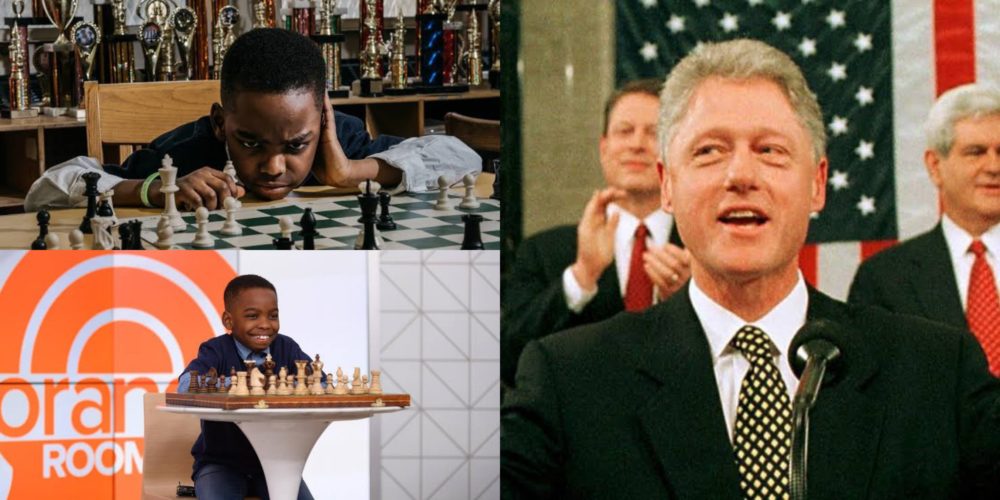 Bill Clinton who disclosed that he wants to meet the 8-year-old Nigerian homeless refugee child who was recently crowned New York Chess Champion, wrote on Twitter;

“Refugees enrich our nation and talent is universal, even if opportunity is not.” This story made me smile. Tanitoluwa, you exemplify a winning spirit – in chess and in life. And kudos to your hardworking parents. You all should stop by my office in Harlem; I’d love to meet you. 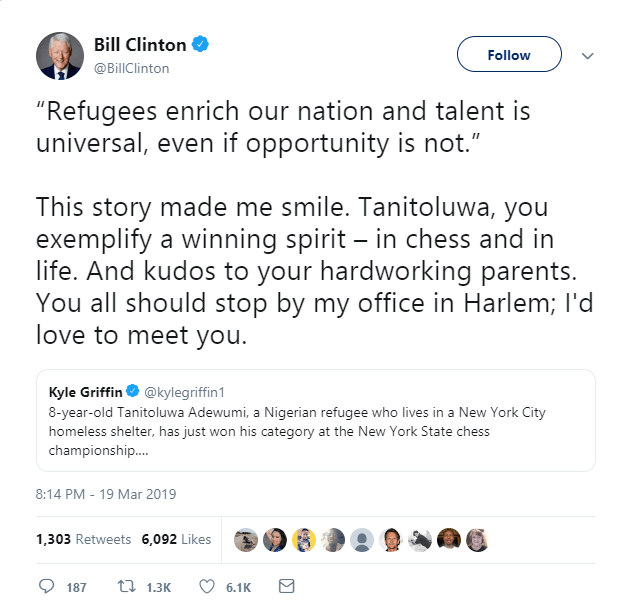 Recall that we reported that the 8-year-old Nigerian homeless refugee child who was recently crowned a New York Chess Champion, moved to the US with his family to escape Boko Haram, a terrorist group responsible for atrocious attacks. He enrolled in a local elementary school with his siblings not long after they arrived, and he discovered the chess club. However after his mother is mother Oluwatoyin emailed them to say that while they could not afford to pay the fees attached, the club waived the fees because he was quite eager to participate.

Tani does not only play with them, he also attends a free three-hour practice session in Harlem every Saturday to master his game. At night, he uses his father’s laptop to practice. A year ago the boy took part in his first tournament with the lowest rating of any participant, 105.

OAP Toolz reveals her husband has a crush on Omotola Jalade-Ekeinde, shares photo