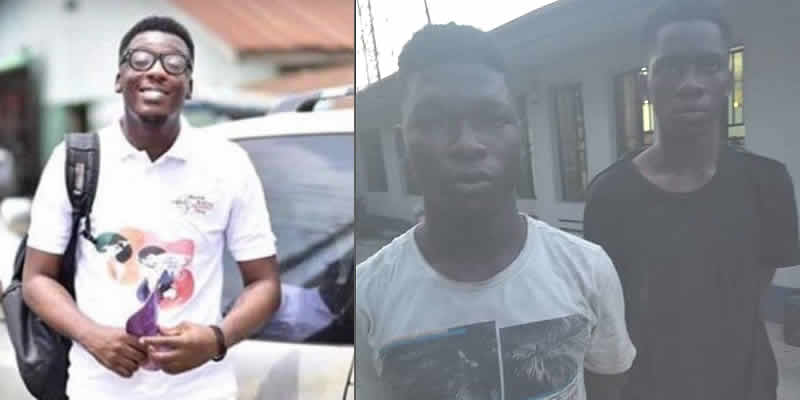 The Police in Lagos have arrested two suspects in connection with the dispossession of valuables and gruesome murder of Unilag graduate, Dr. Stephen Urueye.

According to DSP Elkana, on 4th April, 2019, at about 9.45pm, the Itire Police Station received a distress call that some hoodlums armed with knives attacked one Dr Stephen Urueye, a Resident Doctor with LUTH and dispossessed him of his valuables such as mobile phones. They were said to have equally stabbed him at his right thigh and back with knife.

The incident happened around Canal Area of Ishaga Road, Idi Araba while the victim was going somewhere with his female friend, one Hakeem Habeeb Simbiat Opeyemi, a 200 level Student of Department of Health Education, Lagos State University.

The two suspects, namely Gbadebo Jimoh and Malik Adeboye, were eventually arrested in connection with the dastardly act.

Dr Stephen Urueye received his first salary as a House Officer with Lagos State Teaching Hospital (LUTH) the same day he was stabbed to death, his colleagues have disclosed.

Urueye was among the 8,000 students that graduated at the 50th convocation ceremonies of the University of Lagos (UNILAG) on Wednesday.

He died a day later.