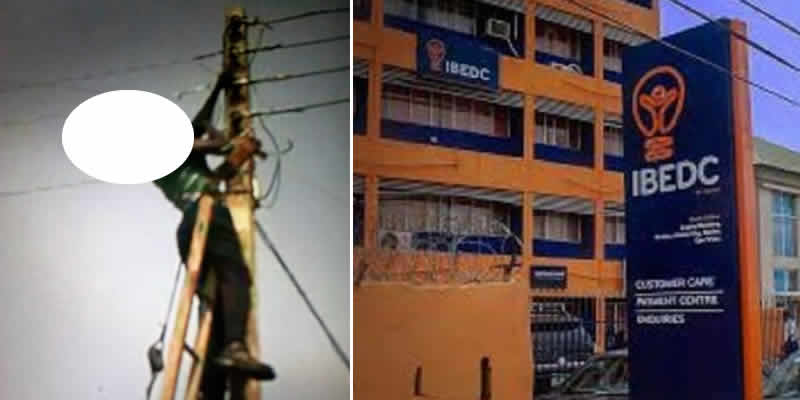 According to reports, Adegoke died after he attempted to fix an electrical fault on Friday, but could not and decided to work on the faulty wiring again on Saturday. According to Daily Trust, one of the IBEDC officials, said:

“They left Mokola early in the morning to the Onireke axis where the fault was detected. Adewale Adegoke was working on the high tension cables which normally comprises three wires when he was suddenly trapped and electrocuted. Help didn’t come on time because reports said he was there for almost 30 minutes.

“He was an experienced officer and the job wasn’t an illegal type. It was duly communicated to the control room where they must have secured the power outage before effecting correction on the high tension.”

IBEDC management confirmed the death of Adegoke and commiserated with his family. A statement by the company read:

“It is with great sadness and a heavy heart that we at IBEDC hereby confirm the unfortunate passing of our staff, Mr. Adewale Adegoke, during the course of duty this morning as he was involved in an electricity related incident.

“He was confirmed dead at Teju hospital where he was rushed immediately after the incident at Onireke after all efforts to resuscitate him at the scene of the accident proved abortive. Our sincere condolence and prayers go to the family. We are currently investigating the course of this unfortunate incident,” the management stated.