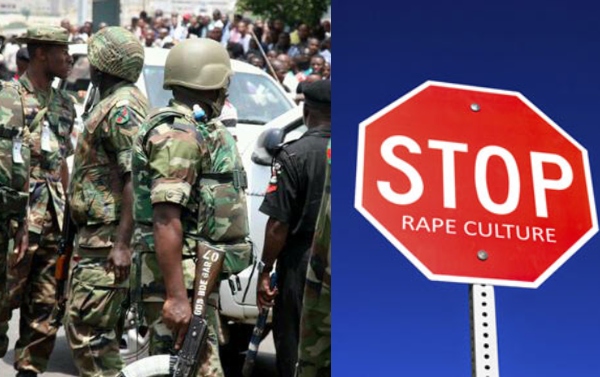 Lady raped to death near military cantonment in Ebonyi

A lady of about 25 years old has been raped to death and her body dumped at a location in Nkwoagu area of Abakaliki Local Government Area of Ebonyi State.

The lady, who whose body, especially the shoulder area was mutilated with a sharp object suspected to be machete, was dumped stark naked by her assailants after they allegedly raped her.

Nkwoagu where the incident happened was where the military cantonment was built.

Confirming the incident, the Police Public Relations Officer in the state, DSP Loveth Odah, said that the identity of the victim was yet to be uncovered even as efforts were in top gear to fish out the perpetrators of the act.

Odah narrated thus: “An unidentified body of a lady was found at Nkwoagu area in Abakaliki Local Government Area of Ebonyi State. The body of the lady was found stark naked although her clothes and slippers were found near her.

“She was not just raped, she was also butchered with a knife. There were knife cuts all over her body especially the neck part of and left stark naked.

“With that kind of machete cut, she was supposed to be in the pool of her blood but there was no blood seen around there which may be that the act might have been committed somewhere else and they now carried her from there and dumped her body at the location where the police found her.