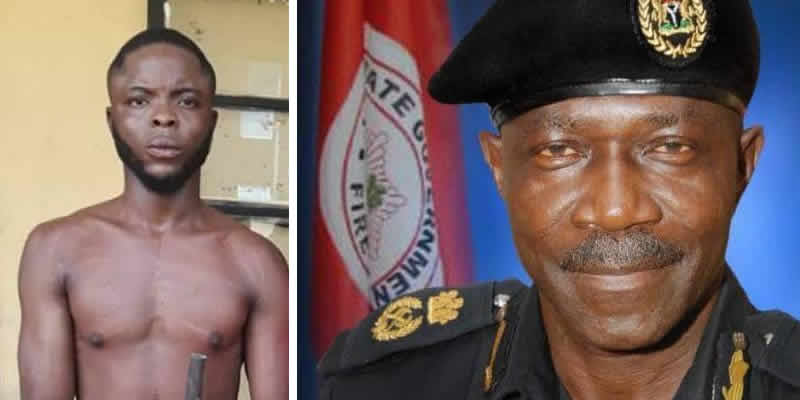 Photo of Kidnappers that abducted Fire Service Boss in Lagos

The state’s Police Public Relations Officer, DSP Bala Elkana, had in a statement confirmed that Musibau and the six other victims had been released by their abductors around 11:45 p.m. on Tuesday.

The other victims were identified as Mufutau Adams, Funmilayo Adelumo, Asiogu Martha, Lasisi Muka and two others, whose identities are yet to be confirmed.

The gunmen laid siege to the Iwoye Bridge around 8:00 p.m. on Saturday, when Musibau, who was on his way to Epe, and the other victims, who were travelling to different destinations, were abducted

Elkana in a statement on Wednesday said, “Following a sustained and well-coordinated operations by the Command’s Tactical teams led by the Officer in Charge of Anti Kidnapping Unit, SP Bulus Musa, two members of the kidnapping gang that abducted the Director of Lagos State Fire Service, Rasaki Musibau and six others on Saturday, April 6, 2019, around 8:00 p.m. were arrested.

“The suspects namely, Blessing Bayo, 29, and Smart Alfred, 32, all of Arogbo, Ondo State, were arrested on Wednesday, April 10, 2019, around, 5:30 a.m., at Ibafun, along Ikorodu- Ijebu Ode Express Way, a boundary community with Ogun State and they all confessed to the commission of the crime.

“Two single barrel guns were recovered from them. Investigation is ongoing. Efforts are in place to arrest other fleeing members of the gang.”