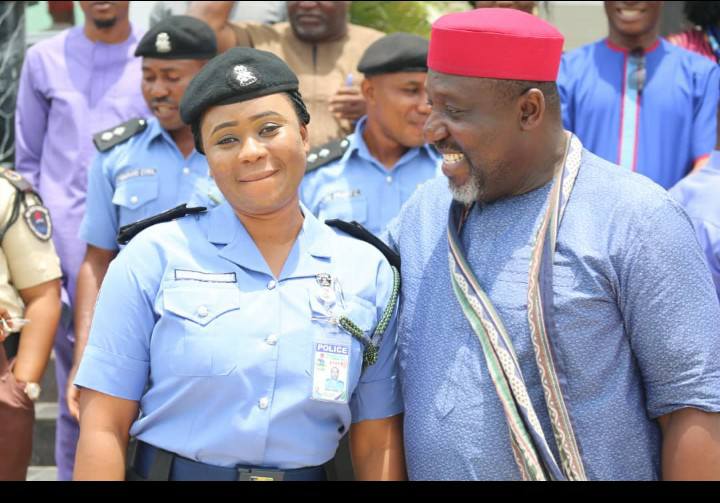 Imo governor, Rochas Okorocha’s admiration towards a female police officer didn’t go unnoticed during a recent event at the government house in Owerri, the state capital.

The governor decorated the beautiful police officer named Ms Chidalu Ekon after being promoted to her new rank. He was joined by Brigadier General commander of 34 artillery brigade in Obinze, Brigadier Y.I Tukura.

The governor was seen admiring the police officer whom he reportedly takes as his daughter, according to the sister Genevieve who shared the pictures online.

Female Police officer shoots husband in Kenya for not answering her…

According to Genevieve who was full of praises for the governor over his philantropic nature to the less-privileged and compassion as a father to needy, Rochas Okorocha was excited while decorating her sister because he was proud of her achievements.