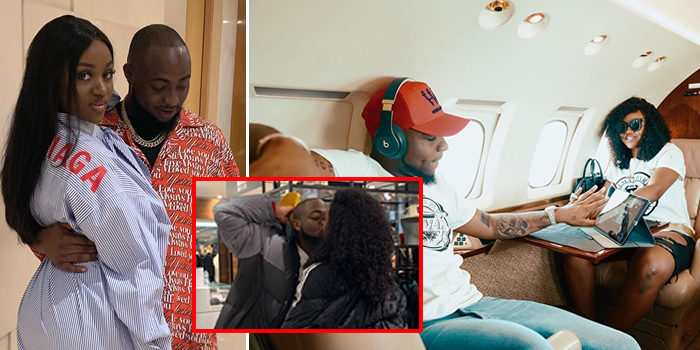 Ever since Popular Nigerian singer Davido introduced his girlfriend, Chioma Avril, to the world, his fans have been all about their love and connection.

Davido had announced his relationship with Chioma to the world by buying her a Porsche as her birthday gift on Monday, April 30, 2018, and also releasing a song titled Assurance dedicated to her.

It almost feels like this is the longest relationship known to the public that the star has ever had. This could be as a result of the fact that the singer always flaunts his relationship with Chioma on social media.

Davido and Chioma have won the hearts of fans with their love story, and they have managed to stay in people’s hearts due to their constant presence as a couple on Instagram.

The lovebirds are always seen taking beautiful photos together and having fun on vacations with friends. Davido is usually seen showing his love to Chioma by spoiling her with expensive gifts as they go on shopping sprees in different countries.

Their shopping sprees together could be why the couple are sometimes seen in matching outfits. Here are some of the times they have been spotted rocking awesome matching outfits or accessories.

Another Sneakers match up