Inside photos of Notre Dame Cathedral in Paris have emerged after the fire that engulfed the historical building yesterday was finally extinguished.

The sky is visible through the roof where the spire once stood, but there is hope that much of the medieval architecture can be saved. One of the colourful rose windows appears to be largely unharmed after valiant efforts by firefighters. 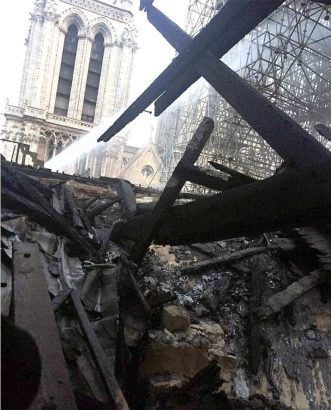 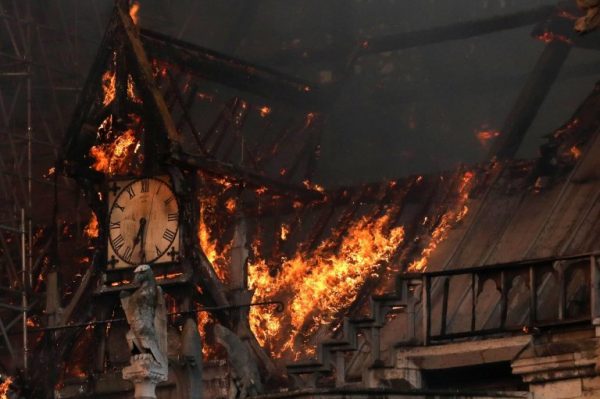 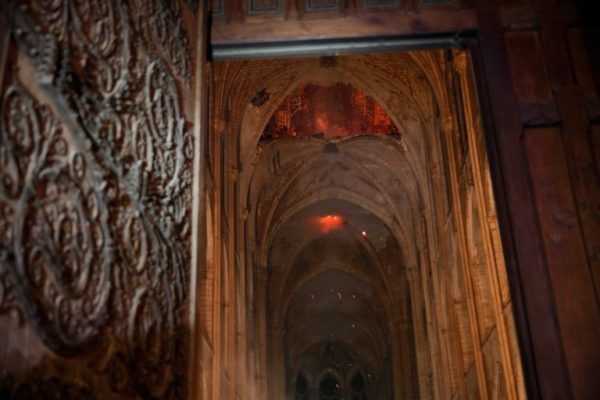 Just under 400 firefighters tackled the historic blaze through the night, battling to stop it wreaking complete destruction of the treasured facade after flames torched the roof, sending its spire crashing to the ground before crowds of horrified Parisians. 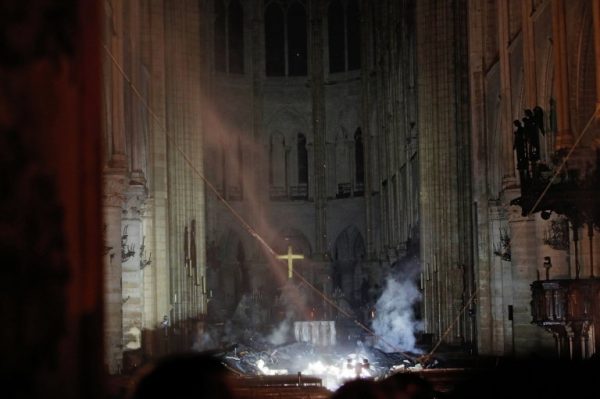 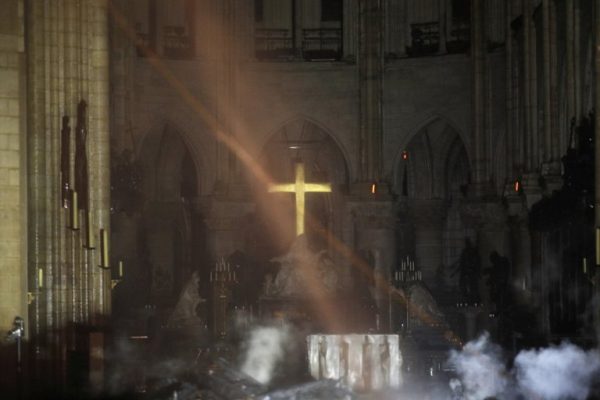 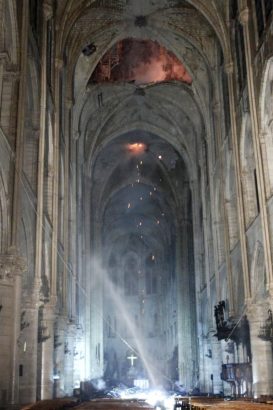 Two police officers and one firefighter were injured during the blaze, which saw teams battle to save the structure of the 850-year-old Gothic masterpiece and the priceless artefacts it housed. 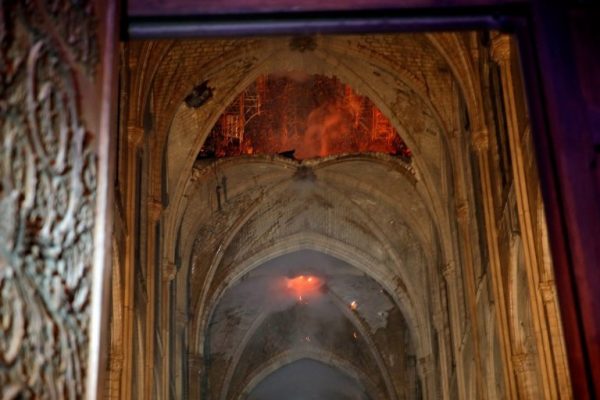 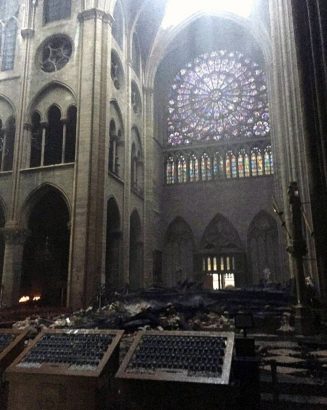 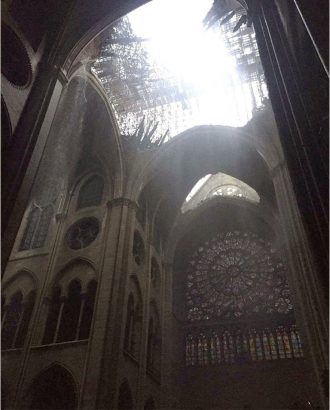 The tragedy has prompted a global outpouring of support, with leaders pledging to help France rebuild the smouldering ruin.