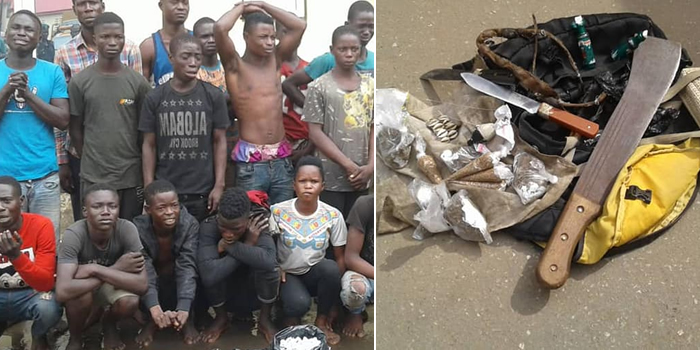 The operatives of the Lagos State Environmental Sanitation and Special Offences (Enforcement) Unit over the weekend arrested 26 dreaded Awawa cult gang in Agege and 64 miscreants at Oshodi.

The Chairman of the Agency, CSP Olayinka Egbeyemi disclosed that these 26 dreaded ‘Awawa’ cult gang were arrested during an over-night enforcement operations tagged ‘Operation Restore Sanity to Lagos’ carried out around ‘Isale-oja’, ‘Funmilayo’, ‘ile-pako at Amoo’, ‘Orile by cannal’, ‘Papa-Ashafa’, ‘Dopemu’ and ‘Old Oko-oba’ in Agege.

The Chairman disclosed furher that criminal activities perpetuated by these various cult groups particularly the dreaded ‘Awawa’ cult gang has become a serious threat to lives of residents and innocent members of the public around the area. 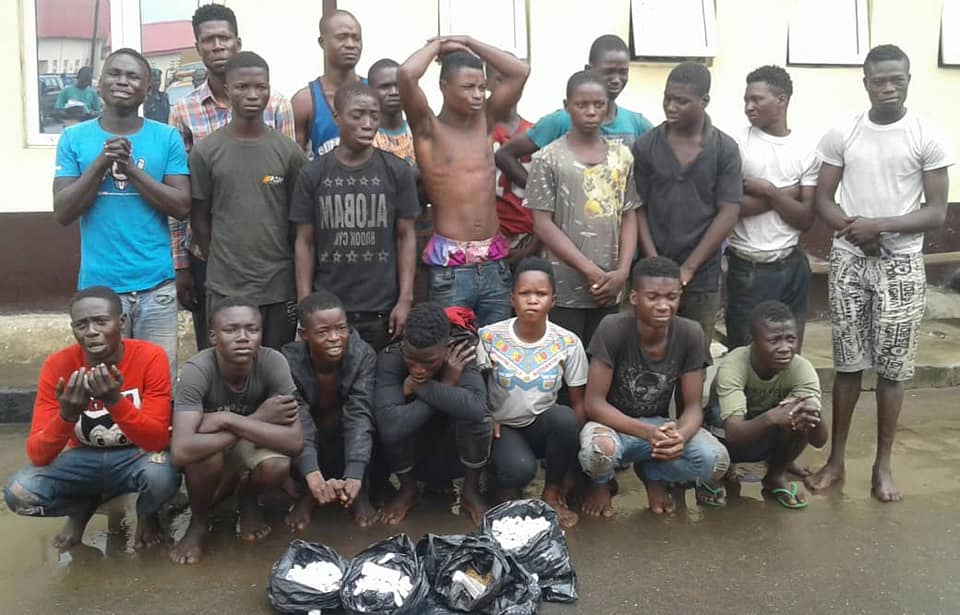 He stated that it was an eye-sore seeing these miscreants and cultists robbing, raping and freely smoking Indian hemp with under age boys and girls during day time and at night.

CSP Egbeyemi stated further that another 64 miscreants and hoodlums were arrested during over-night raid around Oshodi.

The Chairman said dangerous weapons and substance suspected to be Indian hemp were recovered from these 64 miscreants which include 3 female teenagers.

These miscreants and hoodlums were those attacking/breaking motorists windscreen and disturbing innocent members of the public by dispossessing them of thier valuables such as phones, wallets and jewelleries around Oshodi.

“Honestly, most of the violent crime committed across the State were perpetrated by youths who lacks parental care and joined cultism to avoid being intimidated by their peers”

He said that ‘Operation Restore Sanity to Lagos’ would be a continuous exercise and extended to every other areas known to be inhabited by these undesirable elements across the State.

The Lagos State Commissioner of Police CP Zubairu Muazu has however directed that all those arrested be charged to court for prosecution.

In a related development, the Agency dislodged more than 1500 llegal traders and impounded 96 motorcycles for plying restricted routes around Igando.

They were dislodged by the Agency to pave ways for free flow of traffic as there were serious complaints by residents and motorists about the newly constructed roads being taken over by activities of these illegal traders.

“Strategically, this unusual and very risky trading practice has led to the death of some traders especially those who were not quick enough to depart the scene of reckless drivers”

CSP Egbeyemi maintained that in accordance with the Lagos State Environmental Sanitation Laws, it was completely unlawful for anyone to hawk, buy or sell goods on railway tracks, road-setbacks, walk-ways and drainage alignment across the State.