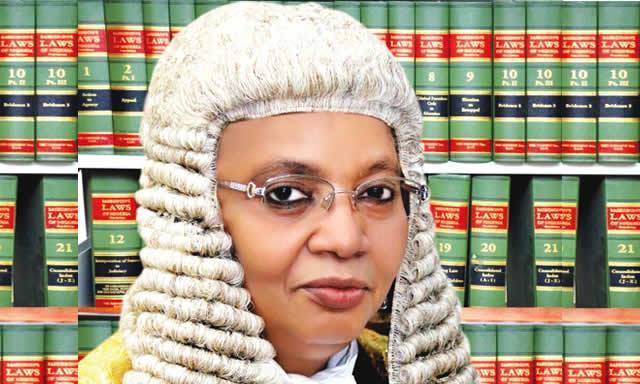 Justice Zainab Bulkachua, President of the Court of Appeal and Chairman of the Presidential Election Petition Tribunal (PEPT), on Wednesday recused herself from the petition filed by Atiku Abubakar and his party, the Peoples Democratic Party (PDP).

This followed an allegation that Justice Bulkachuwa was likely to be biased in view of her husband and son being members of the APC.

Atiku and his party, PDP, had gone to court to challenge the outcome of the recently concluded presidential election which was won by President Muhammadu Buhari of the ruling All Progressives Congress (APC).