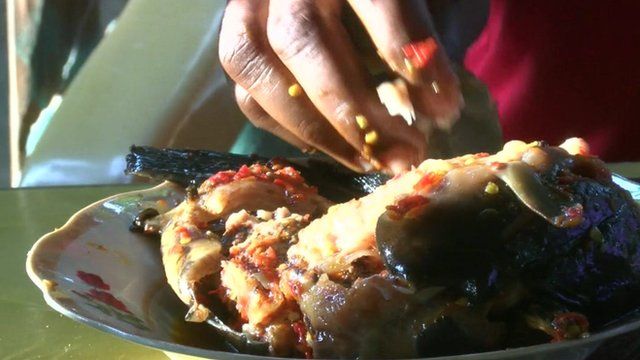 A Student was afraid to consume the meat served with a plate of food because of the shape ?

There was a mild drama played out at an unidentified location after a student discovered that the meat was longer than normal while eating her food.

After pulling it out, it was discovered that the meat looks like a manhood and that was the time alarm was raised which attracted other students who were also shocked by what they saw.

Judging by the shape, they were convinced that it was a penis, but they were consumed with doubts because they could not ascertain whether it is that of an animal or human.