The management of embattled singer, Afeez Fashola aka Naira Marley, has reacted to allegations that the singer who was granted bail by a Lagos court on May 30th, is yet to be released from prison because no one wants to stand as surety for him.

Reacting to the allegation, his management in a post shared on his Instastories this morning, said there are sureties already on ground to sign his bail but the delay in releasing the singer is because the antigraft agency, EFCC, needs to verify the information provided by the sureties and this takes time. 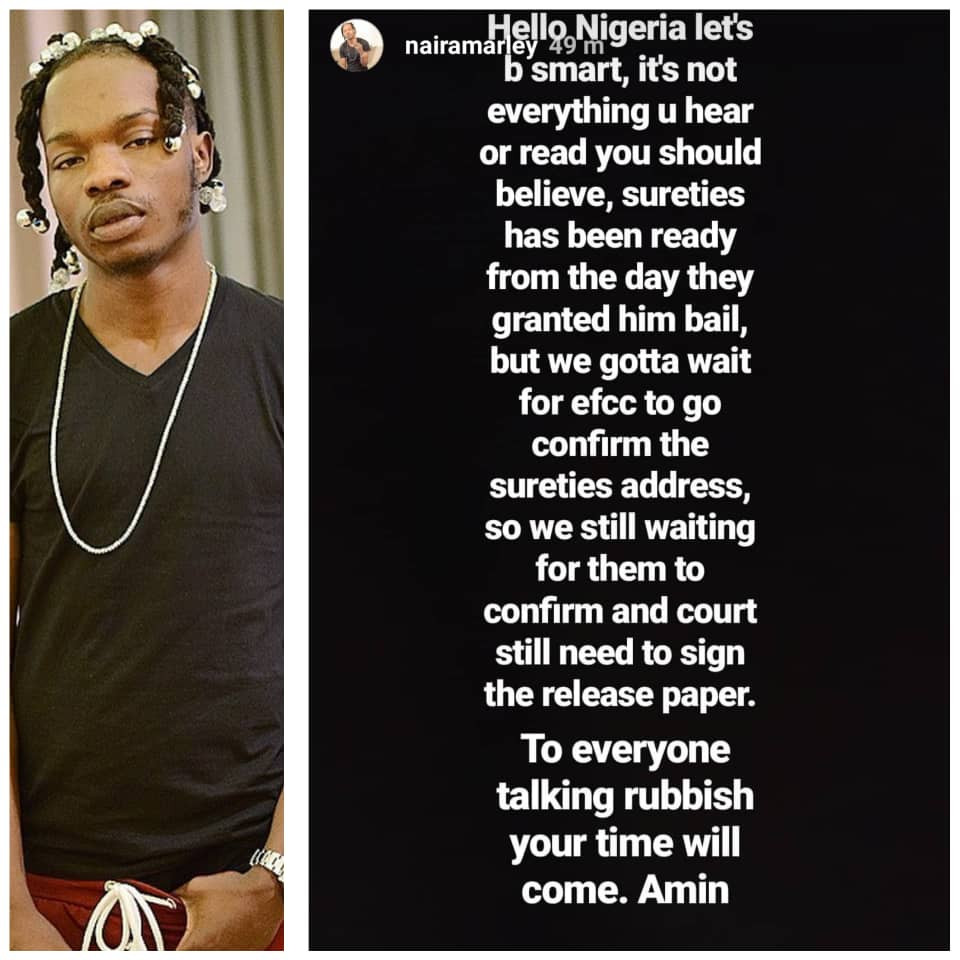 Naira Marley was arrested on May 10th, his birthday. He was charged to court on 11-counts of fraud and internet scam.  After spending 20 days in EFCC custody, he was granted bail  in the sum of 2 Million Naira with sureties with landed property in Lagos.