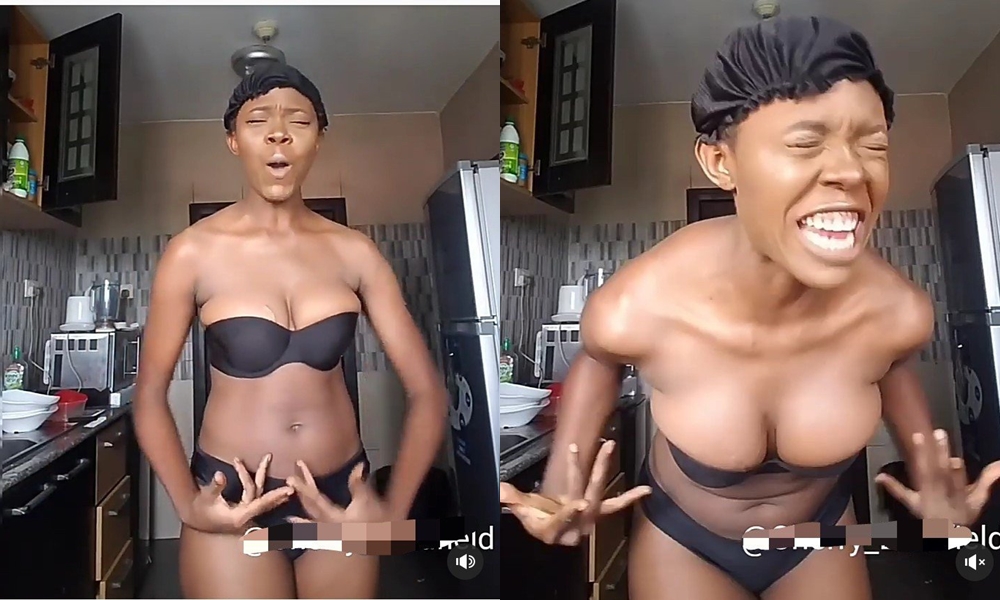 A medical doctor is being called out on social media after she stripped down to her underwear to gain attention.

In the video, she is seen praying that her followers’ “cup of blessings will overflow”. As she says this, she bends her breasts and jiggles it, making her bra look like a cup from which her boobs are overflowing.

Internet users were unimpressed and called her out for the video. Some threatened to report her to the Medical and Dental Council of Nigeria, MDCN. Another accused her of disgracing the oath of her profession for clout.

See some reactions below.