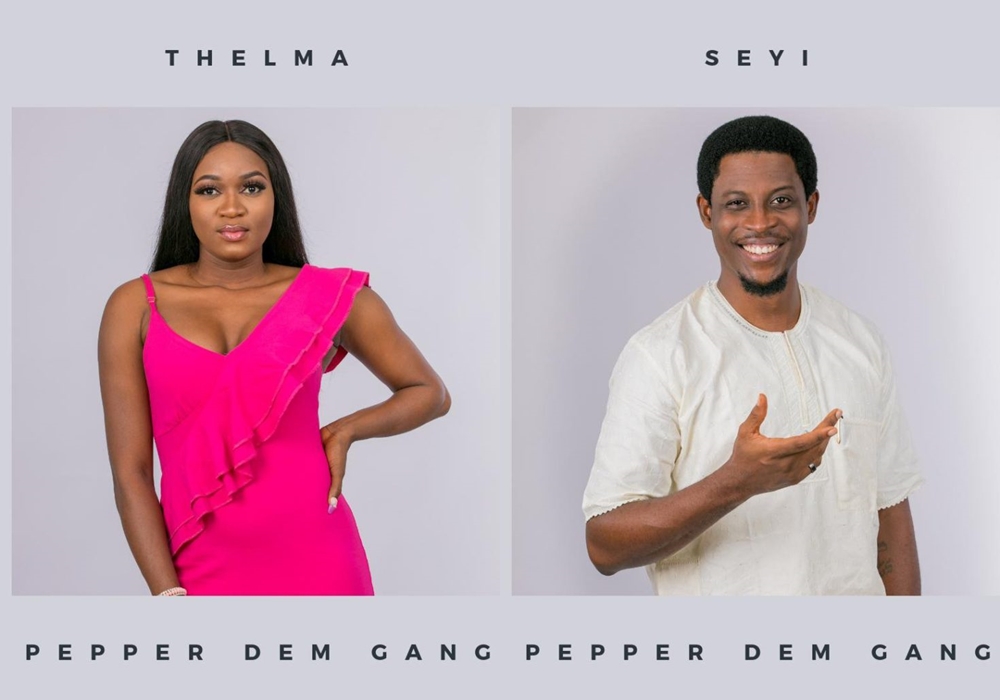 The #BigBrotherNaija 2019 kicked off tonight with twelve housemates battling for N60 million worth of prizes as announced earlier by the organizer, M-Net West Africa.

The housemates would be staying at the Big Brother House for the next eleven weeks to entertain TV viewers across Africa and beyond.

At the launch, Popular media personality, and host of the show, Ebuka Obi-Uchendu ushered the housemates into the #BigBrotherNaija house with the edition themed: “Pepper them”.

Here are the next housemates so far out of 21 housemates that will make you stay glued to your TV screen all through the 11 weeks:

26-year-old Thelma Ibemere lives her life by one simple motto: “Only hang out with those who bring out the best in you, not the stress in you”. Although this vivacious Hair and Beauty practitioner is currently in a relationship, she believes nothing could have kept her away from her destiny; being in the Big Brother Naija House.

When she’s not running her hair business, Thelma finds time to dance, travel and read. Her favourite book of all time? ‘Talent Is Not Enough’ by James C Maxwell. If Thelma had a million dollars in the bank, would she still be in the game? “Of course, I would! Because of the fame. The only thing that would make me quit is a wedding, or pregnancy.”.

What irritates you most about other people: Scandals and pretense.

What will you do with the prize money: I will invest it in my business and assist my family as well.

Why will you be a fan favorite: Because I am jovial and accommodating.

Oluwaseyi “Seyi” Awolowo has had many highs and lows in his three decades of existence. The bubbly entrepreneur once tried to commit suicide but has since risen above that dark period of his teenage years and has turned his life around.

He is committed to his journey of self-acceptance, his girlfriend and his beliefs. He demonstrates the latter with a “Jesus’’ tattoo across his arm. Seeing his own face on a billboard for the first time is one of the highest moments of his life so far.

What irritates you most about other people: Fake people and those who lack of originality.

What will you do with the prize money: Invest in my company. May also help a charity or two.

Why will you be a fan favorite: I’ll stand out from the rest of the Housemates.

Ekpata Gedoni is a fashion entrepreneur who likes to keep it simple with a dash of sophistication. The 31-year-old Cross Riverian enjoys basketball, soccer, taking walks and cleaning the house! His other talents include writing poetry and drawing portraits with pencil.

What irritates you most about other people: The inability to take correction as well as physical and mental laziness.

What will you do with the prize money: Sort out family debts, put up a proper fashion house and random acts of kindness.

Why will you be a fan favorite: Because I am easy going and interesting plus I have this genuine and charming personality.