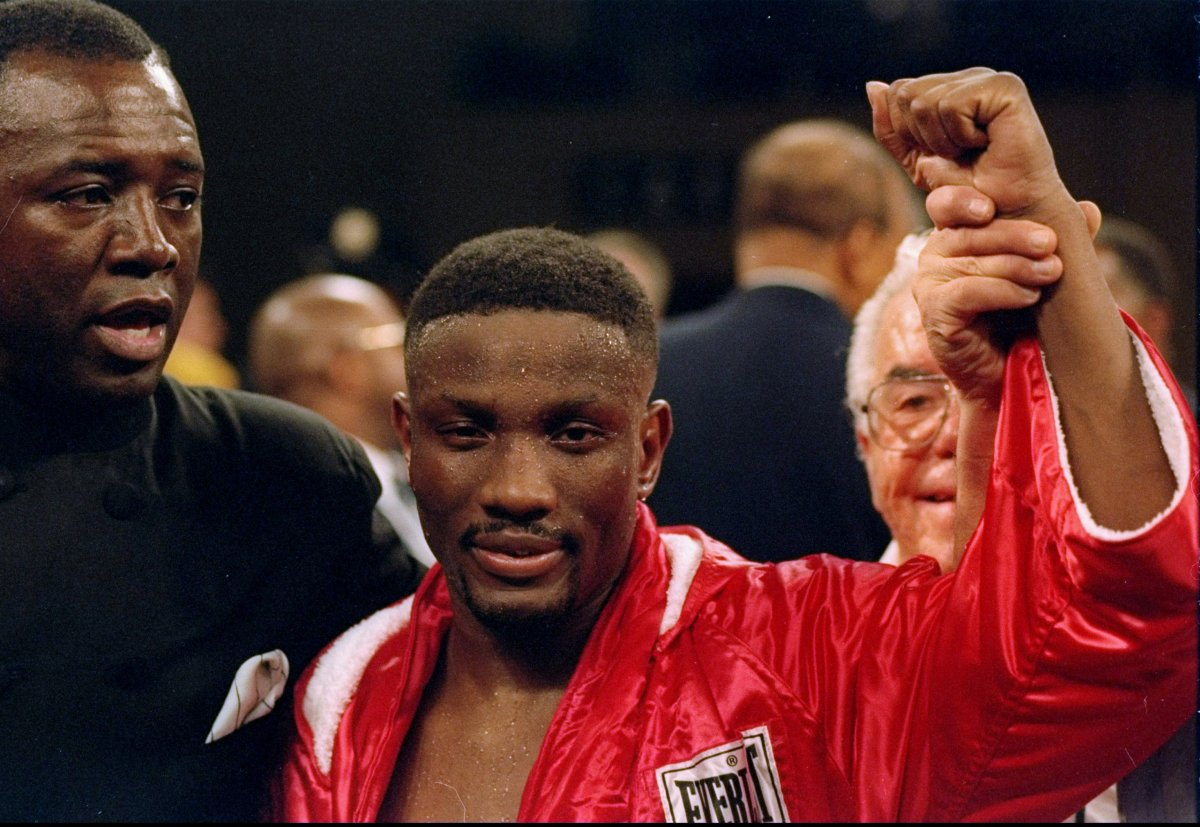 Boxing legend Pernell “Sweet Pea” Whitaker has been confirmed dead after being struck by a vehicle in Virginia Beach, Virginia.

The Virginia Beach Police Department said in a news release that the 55-year-old who won Olympic gold and championship belts in four weight classes was hit by a vehicle around 10 p.m. ET on Sunday at an intersection west of downtown Virginia Beach and pronounced dead at the scene.

The driver of the vehicle remained on the scene after the accident according to police, and the case is being investigated by the department’s Fatal Accident Crash Team.

“The investigation is still ongoing,” police spokesperson Linda Kuehn told USA TODAY Sports in an email. “However, it does not appear that drugs/alcohol or speed were factors in the crash.”

Whitaker’s youngest son, Devon, told The Virginian-Pilot on Monday morning that he believes his father “was wearing dark clothes, the road was dark and the driver didn’t see him.”

Pernell ‘Sweet Pea’ Whitaker who was inducted into the International Boxing Hall of Fame in 2006 holds the record for longest unified lightweight championship reign in the sport’s history at six title defenses.

In 1984, Whitaker represented the U.S. in the Summer Olympics in Los Angeles. He won the gold medal in the lightweight competition defeating Luis Ortiz. He also won a gold medal at the 1983 Pan American Games in Caracas and a silver medal in the 1982 World Championships in Munich.

He finished his career 40-4-1 with 17 knockouts. He lost his last bout via a technical knockout to Carlos Boujorquez in 2001.

He is survived by his wife and five children.