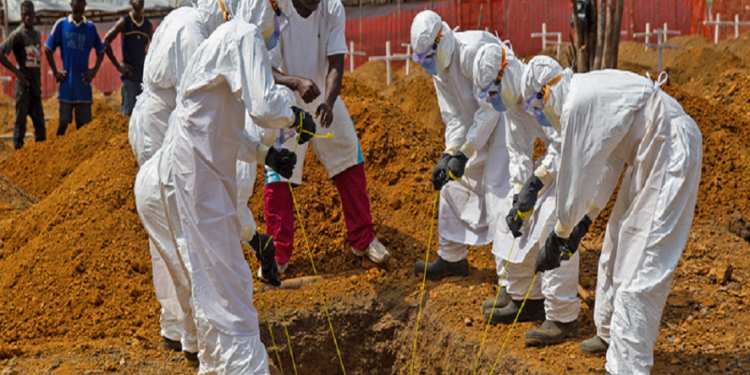 Congo Ministry of Health has confirmed the death of two health workers saddled with the duty of prevention of Ebola Disease in Eastern Democratic Republic of Congo on Monday.

They were killed at their different homes in North Kivu province after months of threats and they have been seriously working in the fight against the outbreak of the deadly disease.

As stated by the ministry of health, the health workers were killed after months of threats.

The World Health Organisation (WHO) recently expressed her worries about the sudden escalation of the Ebola virus in the Democratic Republic of Congo with more than 2,000 cases recorded after its sudden reappearance again.

According to NANS and Xinhua reports, the current outbreak is the worst on record after the epidemic struck mainly Liberia, Guinea and Sierra Leone between 2014 and 2016, leaving more than 11,300 people dead.