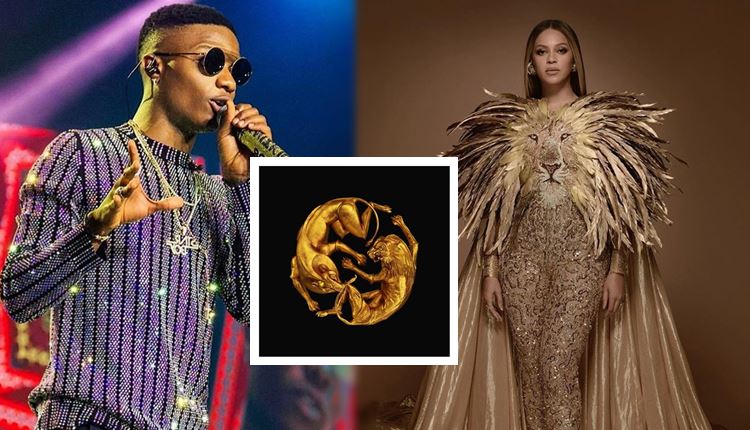 The latest song, ‘Brown Skin Girl’ has again placed the ‘Ojuelegba’ crooner at the forefront of his peers in the continent of Africa

‘The Lion King: The Gift’ album enjoyed impressive collaborations from different Nigerian and African musicians, it became the most talked about music project on the continent of Africa since Queen Bey unveiled the celebrity-studded artiste line-up for the just released album.

Beyonce maintained her status as the number one female singer worldwide, she joined forces with American hip-hop bigwigs including, but not limited to, Kendrick Lemar and her husband Jay-Z to make the musical project a world class.

The album was released on Friday, July 19, 2019 with a host of Nigerian artistes like Burna Boy, Tiwa Savage, Yemi Alade, Eazi, not excluding the rave of the moment Wizkid. Other African veteran on the album are Cameroonian artist Salatiel, Ghanaian Shatta Wale, South African artists Moonchild Sanelly and Busiswa.

The track ‘Brown Skin Girl’ which also featured Beyonce’s daughter, Blue Ivy Carter and Brooklyn rapper Saint Jhn, is one of Wizkid’s many stunning international collaborations. The latest song, ‘Brown Skin Girl’ has again placed the ‘Ojuelegba’ crooner at the forefront of his peers in the continent of Africa and his fans have set the social media ablaze with series of positive comments, expressing their excitements about his craft.

“your skin is not only dark, but it tells your story.” definitely going to be my future children’s lullaby so they can remember how beautiful they are. this song is just so beautiful ❤️. #brownskingirl pic.twitter.com/GaWjCQuXJy

Fela knew that one day a kid from Ojuelegba (Wizkid) will dominate on the album of an American giant (Beyonce) #brownskingirl pic.twitter.com/p13eIqCKl7

TBH it's really wizkid that's BLOWING MY MIND with that #brownskingirl jam💥💖💯 pic.twitter.com/m1v9qjXjce

Now that #brownskingirl is the thing in town…. Wat should we tell those aunties that bleached the life out of there skin??😂😂😂 pic.twitter.com/Ho3vxltY28

So that is how Beyonce and wizkid finish people selling bleaching cream
Okrruuuu#brownskingirl pic.twitter.com/8IcemTgXeM

Finaly we all have realized how much we all should be proud having Wizkid in Nigeria and how much of a treasure he is. pic.twitter.com/K3hm4c7ssP

Girls that have bleached after listening to brown skin girl… #wizkid #brownskingirl pic.twitter.com/P45WlrGwd7

There's Only one Develop Artist in Africa and Its @wizkidayo others are developing #wizkid#TheLionKing#brownskingirl pic.twitter.com/fklDqyy1SQ